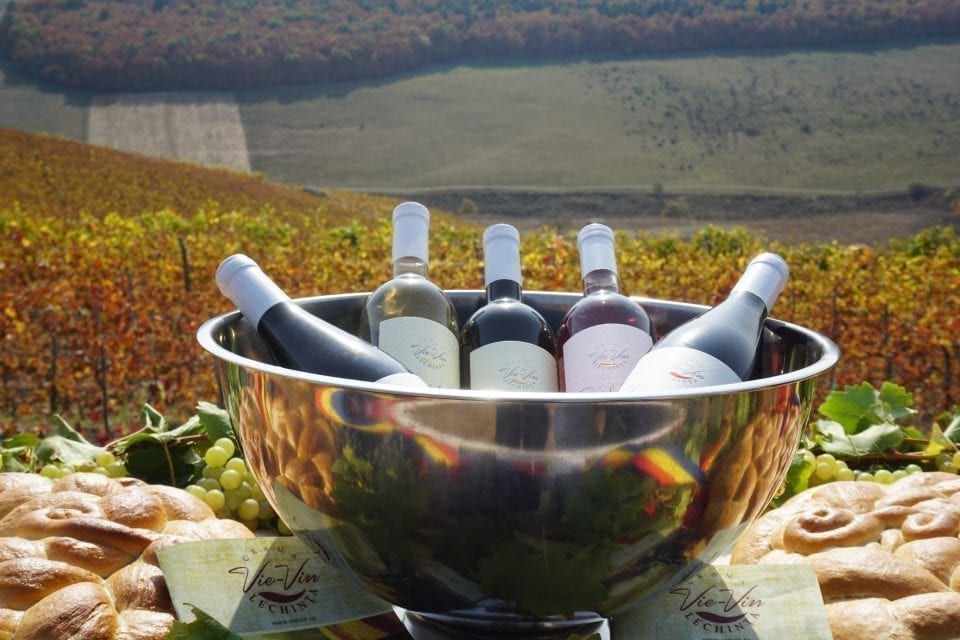 The Lechința vineyard, spreading across the hilly area between Someșul Mare and Mureș at around 400-meter elevation, is one of the northernmost on the Transylvanian Plateau. The vineyard areal includes the Bistrița, Beclean and Reghin outskirts.

The bioclimatic conditions are favorable for wine-growing cultures, with good brown alluvial clay soils, brown luvic, brown mesobasic and anthropogenic soils, and various slope inclinations with a southern exposure, ranging between 5° and 25°. The graperies are not unique on very wide surfaces, but rather they take the appearance of oases. They however share a series of common properties, which justifies their framing within the same vineyard. 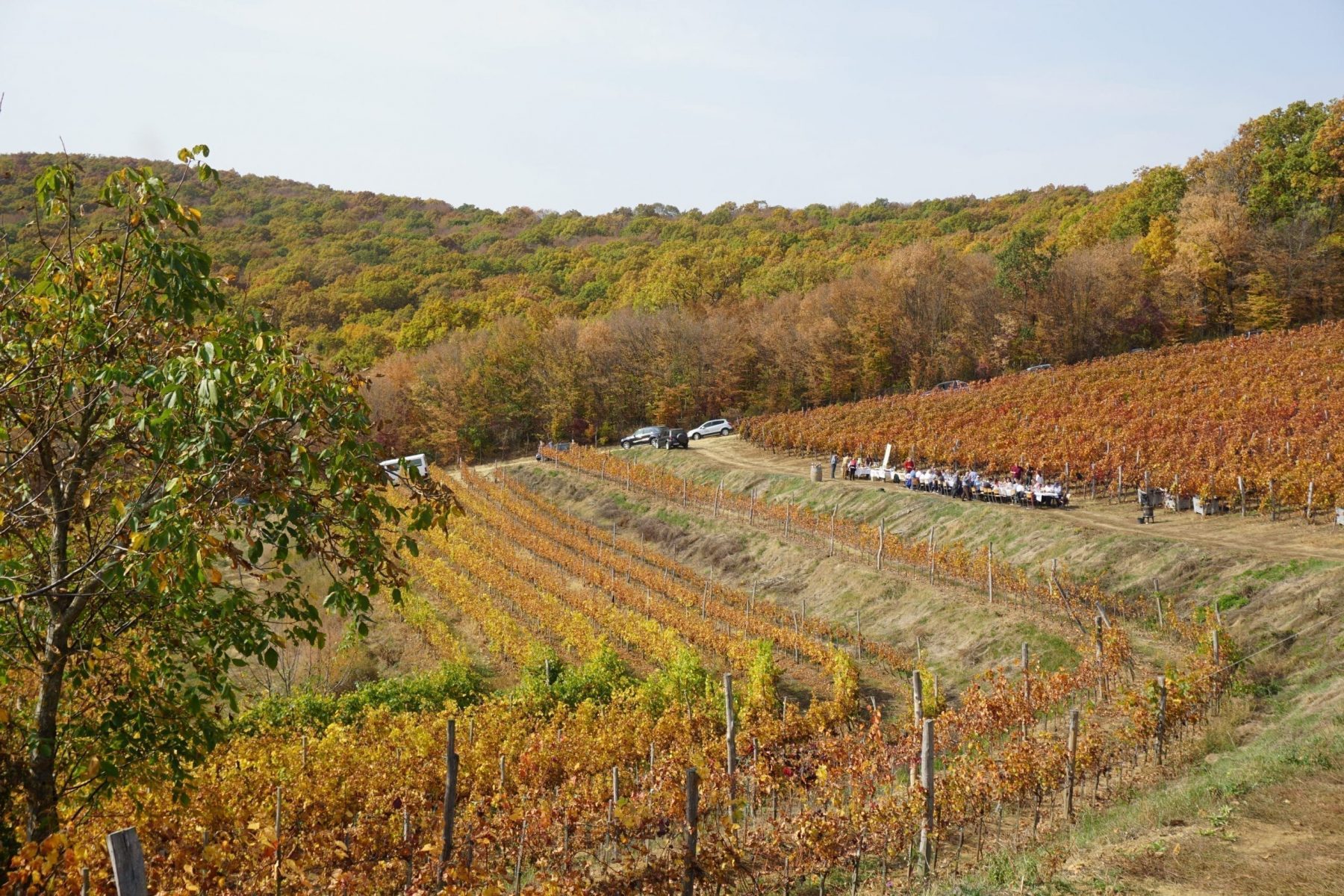 The wine produced in the Lechința vineyards has an original story with special significations. It is both the story of an unforgettable wine for those who get to taste it, but also the history of the “the wine of emperors.” The vine culture has a long tradition in this area. It was practiced by the Dacians, the first known inhabitants of the area, and it then developed under the Roman rule, especially in when building roads which served both military purposes, as well as trade, one of the paths having been discovered in Teaca, an important wine culture center. In the 12th-13th centuries, wine culture has experienced a crucial development period, due to the arrival of the Saxons from the Rhine lands, settled in many vine culture areas in Transylvania. They brought new vine varieties, as well as more efficient cultivation methods. It is said that the wine in this area, after Transylvania came under Habsburg rule, was favored by the Austrian Royal Family, from where it actually received its name as “the wine of emperors.” This seems to be an area that was especially created to produce exceptional wines. 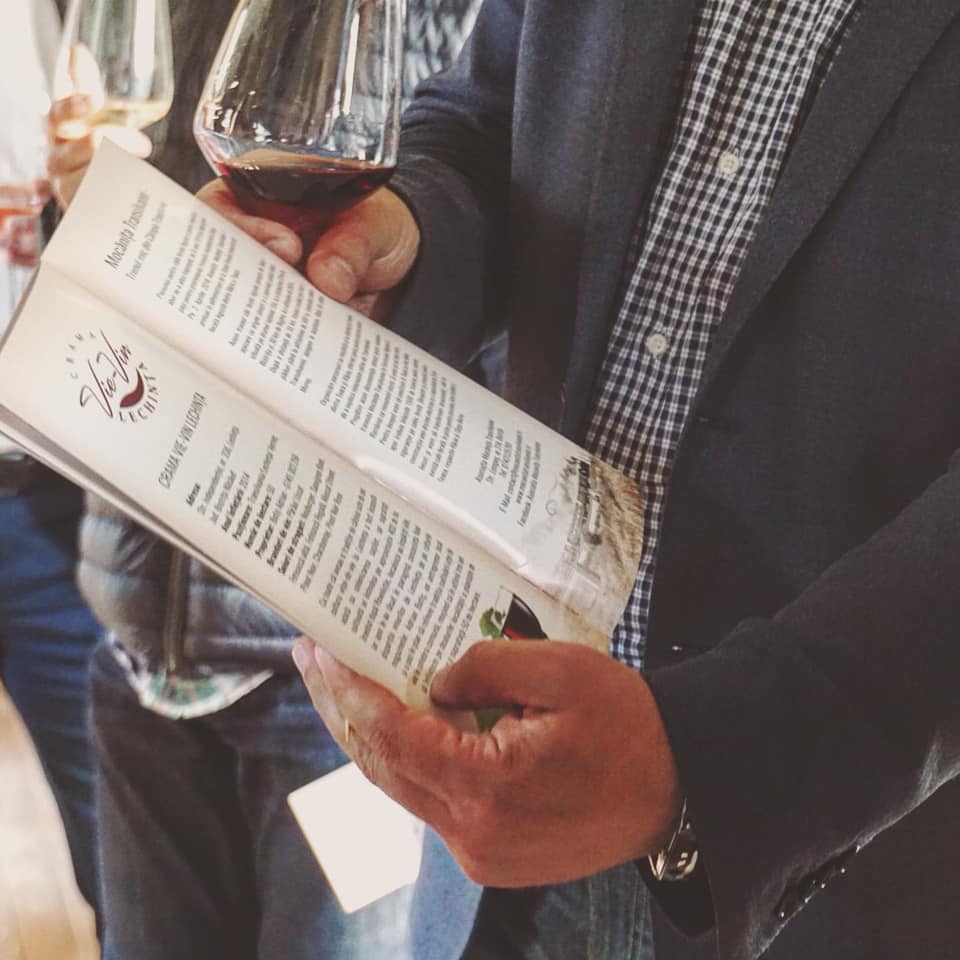 The vineyard is comprised of important wine culture centers: Lechința, Teaca, Bistrița and Batoș, the latter being situated in the Mureș county.

The Vie-Vin Lechința wine cellar is the proof that people who love what they do manage to move mountains and to overcome any difficulties. Adrian Botiș inherited his passion for wine from his grandfather, and, today, with a strong brand behind him, Pârâul Uscat (The Dry River), he reintroduced select wines on the market: the famous Neuburger, from a grape variety only Saxons possessed, Sauvignon Blanc, White Fetească, Royal Fetească, Muscat Ottonel or Pinot Noir.

The Bistrița-Năsăud County Council President, Emil Radu Moldovan observed that Adrian Botiș succeeded in accomplishing his dream. “I remember the conversations we had years ago, when he held such a project in his imagination and it is a great joy for me to see that here, in the present moment, we have a vineyard in the truest sense of the word. 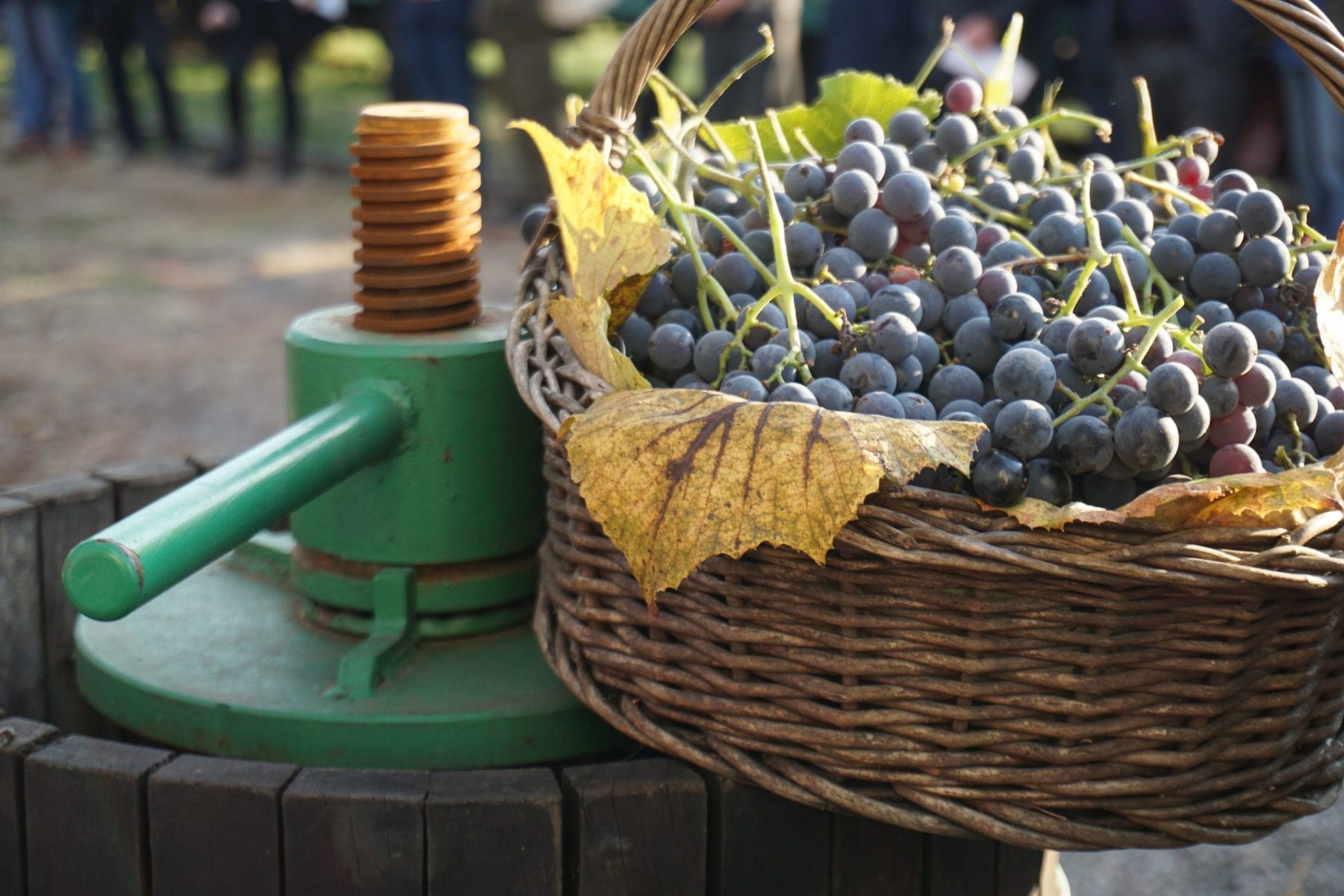 We have a cellar with wines of the highest quality, and I cannot but congratulate Adrian Botiș, Bănică, the way we call him, his family, and everybody who supports him for what he has accomplished here. It is a way of putting Bistriţa-Năsăud county on the map of wine cellars, of very good quality wines,” stated the CJBN President, Emil Radu Moldovan.

He wished to also underline the fact that the local authorities, through mayor Romeo Florian and the Local Council, have met the investors’ needs halfway and have modernized the agricultural road which leads toward the vines in Vermeş, thus blending the administration’s programs with the private ones. “In the Bistriţa-Năsăud county, according to the latest statistics, we find ourselves with the vine cultivated areas somewhere above what was before 1989.

This is a highly positive thing. The number of wine cellars is the highest and I congratulate everybody who put Bistriţa-Năsăud on the wine map. In the county we also have the Harșianu Wine Cellar, The Zaig wine house, the Lechburg Wine Cellar, the Valea Ascunsă wine cellar, the Jelna Wine cellar.

All with quality wines and with the desire to make their mark on both the internal and the external market. This is an especially important aspect for us. With wine becoming a robust ambassador of our county,” Radu Moldovan also stated. 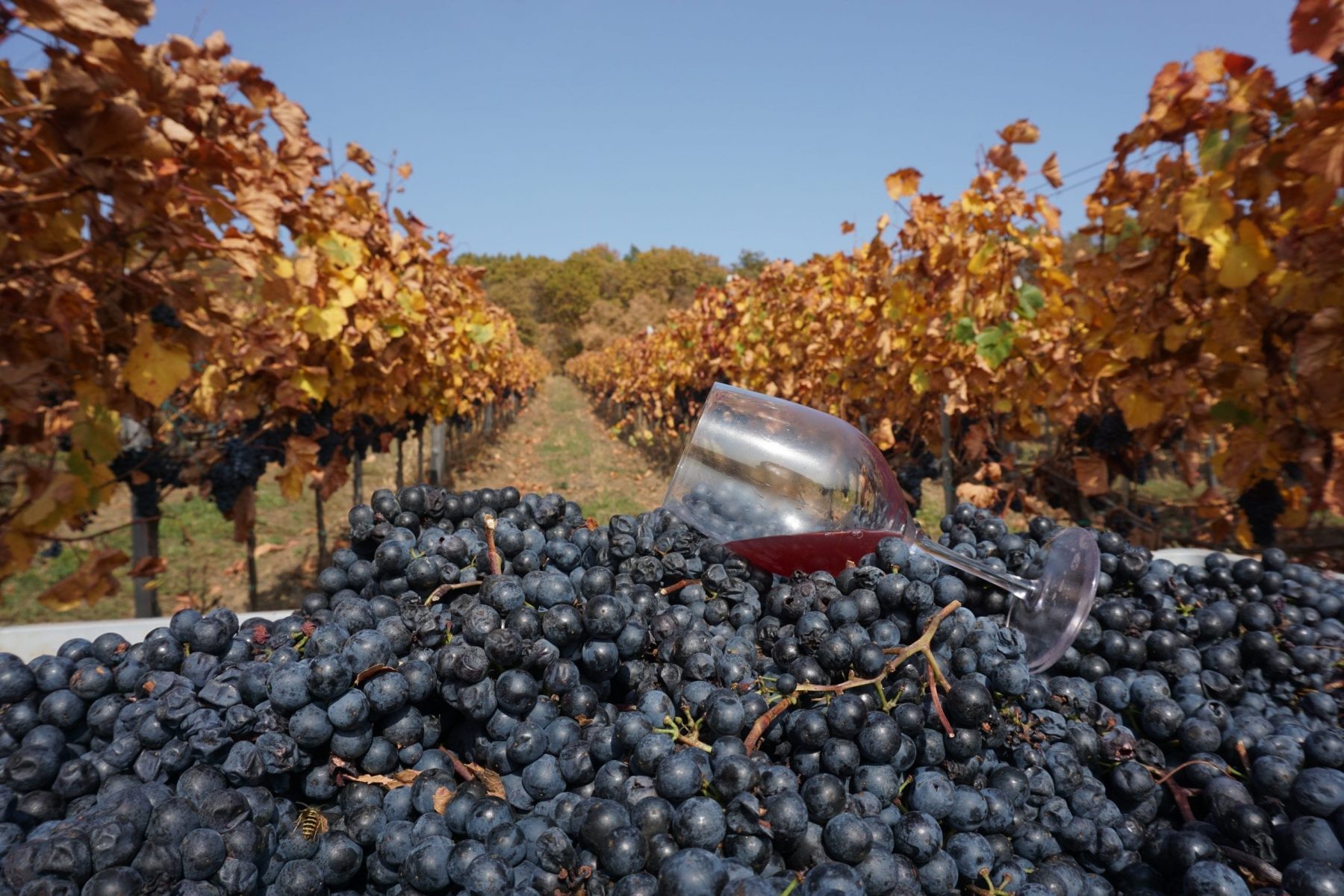 The Harșianu Wine Cellar. Spreading on Dumitra lands on a 10-hectare surface, the Harșianu Wine Cellar was created in 2013, to further the 875-year-old wine cultivation tradition in the area. It required a quarter of a century, but also substantial investments, Octavian Harșianu’s ambition and passion for the tradition and heritage left by the Saxons to be resurrected. Enthusiasts will be able to taste wines from the White Fetească, Royal Fetească, Sauvignon Blanc, Muscat, Merlot, Black Fetească, Traminer, Pinot Gris, Pinot Noir, and Neuburger varieties.

The Zaig Wine House. In the land of the seven citadels, around the northernmost one, Bistrița, a small vineyard with selected wines has been developed. One of the last Saxons in the area, Zaig Eckhardt, attempts to restore the methods from several centuries ago, with modern technology and using traditional methods for vineyard care, picking and processing the grapes, blending technology with the art of winemaking, trying to maintain the place’s and people’s fingerprint. The grape varieties used in creating the Zaig House’s distinguished wines are: Chardonnay, Muscat Ottonel, Sauvignon Blanc, Neuburger, Traminer and Black Fetească.

The Lechburg Wine Cellar. The Lechburg Wine Cellar is the story of an Italian family. The deep passion inherited from generations of viticulturists once again stirred the desire to invest in wine culture, reestablishing new vineyards in the Lechința viticulture areal. The wine cellar was founded in 1962. Inside the facility, the grapes from the Lechința vineyard were processed, with a capacity of 20,000 hectoliters of wine with Controlled Origin Designation. The grapes, carefully picked for wine production, are from the Pinot Gris, Sauvignon Blanc, Gewurtztraminer, Rhine Riesling, Chardonnay, Pinot Noir, Muscat Ottonel, Royal Fetească and Black Fetească varieties.

The Valea Ascunsă (Hidden Valley) Wine Cellar. The Valea Ascunsă vineyard is positioned in Teaca, on a 20-hectare field. It is a family-run wine cellar, equipped to the highest technological standards, with a production capacity of 100,000 liters per year. People here work painstakingly, carefully, with love and joy, in a Transylvanian fashion, to ferment the living nectar extracted from the varieties: White Fetească, Chardonnay, Muscat Ottonel, Sauvignon Blanc, Royal Fetească and Black Fetească.

The Jelna Wine Cellar. Located in an important viticultural area, with a controlled origin designation (D.O.C.), Lechința, the Jelna vineyards were rediscovered by two local brothers, Daniel and Ovidiu Moldovan, around 7-8 years ago. Even its name and logo were inspired by words uttered by tasters with fine taste buds: Jelna – Transylvania’s Fingerprint. The grape varieties that can be used for obtaining the wines with a Lechința controlled origin designation are Tramier Rose, Pinot Gris, Muscat Ottonel, Sauvignon, Neuburger, Italian Riesling, Royal Fetească, White Fetească, Chardonnay.

The Lechința Vie-Vin Wine Cellar is the proof that people who love what they do, can move mountains and surmount any difficulties. Adrian Botiș inherited the passion for wine from his grandfather, and, today, supported by a strong brand, Pârâul Uscat, reintroduced exquisite wines on the market: Sauvignon Blanc, White Fetească, Royal Fetească, Muscat Ottonel or Pinot Noir. On demand wine tasting can be organized in the vineyard or in the wine cellar with area-specific traditional side-dishes. 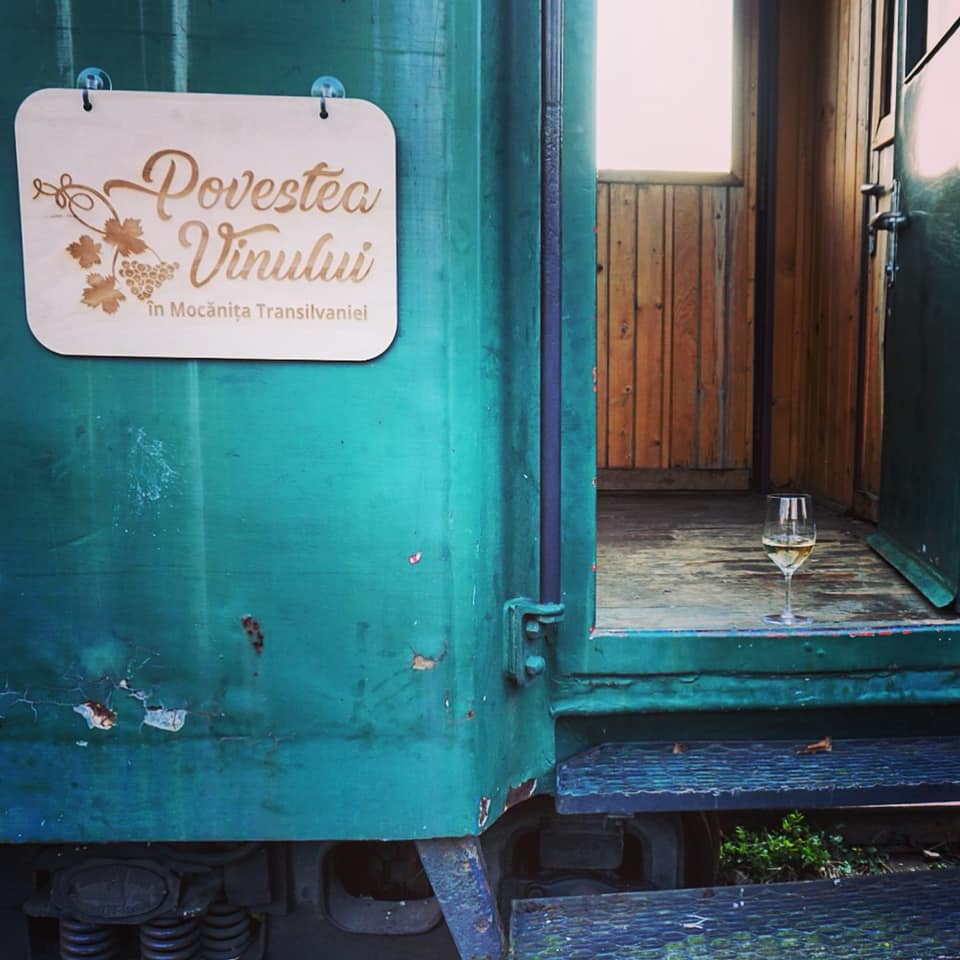 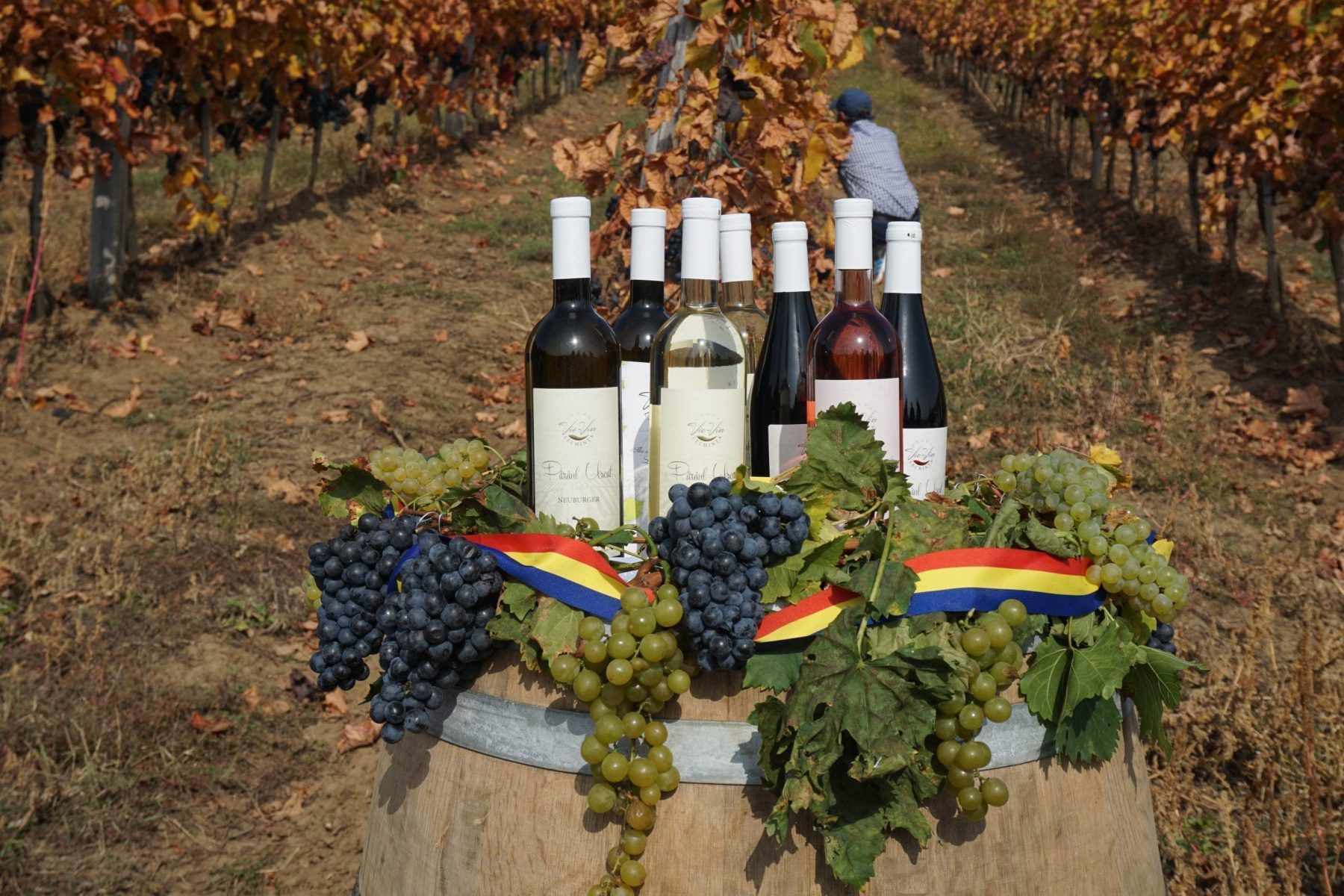 Enjoy Transylvania, a jewel of Romania at the heart of Europe