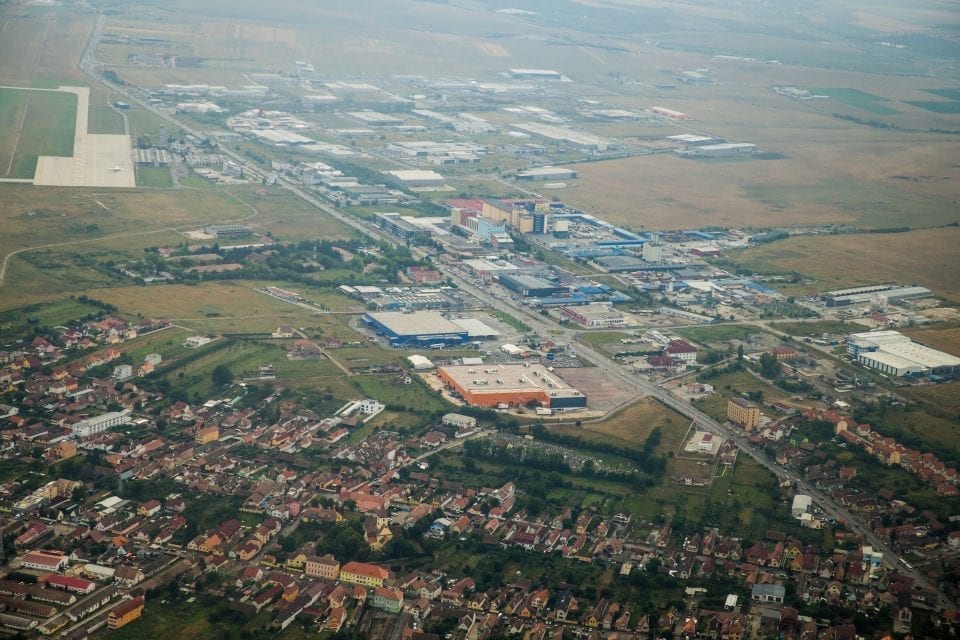 Sibiu is one of the most important cities in Romania, where foreign investors, especially those from Germany, Austria and France, motivated both by strong historical ties and by a favourable investment environment, have chosen to open and develop new businesses. The constant investments of the last 20 years have propelled Sibiu in the top of the list of business-friendly cities in Romania. And, because of industrialization, the neighbouring towns have been fully transformed as well.

In the context of an ever-larger openness of Sibiu towards Europe, Sibiu City Hall and County Council have decided to rehabilitate Sibiu Airport and transform it into an international airport. In addition, the geographic position of Sibiu as a road hub in the centre of the country and the construction of the ring road that circles the city, as part of the TEN-Transport Pan-European Corridor IV, have contributed to creating excellent conditions for the visible economic development of Sibiu. Coordinated planning has led, in a relatively short period of time, to a considerable number of companies that have set up here, as well as to the expansion of existing production lines.

AN INTERNATIONAL AIRPORT, UPGRADED INFRASTRUCTURE AND THE DEVELOPMENT OF AN INDUSTRIAL AREA

Sibiu International Airport, located in the western part of the city, in the vicinity of the national road DN1 and of A1 highway, is an origin and destination-model airport, operating constant flights to Germany, the United Kingdom, Spain, Italy, Belgium, Austria and Israel. It is an important air traffic station not only for the county, but for the entire geographical centre of Romania, with constant passenger flows and a modern, performant material and technical equipment – advantages in the development of international air routes to Romania. It has an excellent geo-climatic position and services three million people on a 150-km radius. On a medium and long-term plan, the Sibiu International Airport authorities want to develop infrastructure for cargo flights as well.

Building a cargo terminal would allow the airport to consolidate its position on the internal and international air traffic cargo market, simultaneously harnessing the development potential of the entire area, in the context of its central position and its commercial premises. The main attraction points for cargo transport are represented by the West Industrial Aree, the East Industrial Area and the major commercial centres. The placement of industrial areas in the east and the west of the city ensure their connection to the ring road and eases road congestion in the city centre of heavy-duty vehicles which, beside the toll they take on infrastructure, also add time in transiting the city.

In this context, the West Industrial Area of Sibiu, located near the airport, has become a true economic development motor in the past decade. Inaugurated in 2003, it contributed to the increased competitiveness of the city on a regional scale, by attracting a significant number of foreign investors in fields such as the auto industry or adjacent sectors. In the first five years alone, direct investments have amounted to 250 million euros, in accordance with the Integrated Strategy of Sustainable Urban Development – 2015-2023.

Some of the biggest Romanian-owned companies, but also important foreign companies operate in the Sibiu West Industrial Area: 12 of the biggest corporations in the region employ over 12,000 people, and in 2017 they have had a cash flow of 5.5 billion lei (1.15 billion euros). Most of these companies are top contributors to the national budget.

In 2017, private enterprises in the Sibiu County have had a total turnover of over 6.9 billion euros – an increase of over 236 million euros compared to the previous fiscal year. The gross profit of the companies of Sibiu County has reached 1.1 billion euros and represents a two-fold growth against 2007, a figure that shows that competitiveness has also grown, since the biggest companies are located in Sibiu and Mediaș. The economic profile is determined by the industrial activities in the field of electrical and electronical equipment for vehicles and for car engines, mainly supported by foreign companies.

Under the circumstances of a lack of fiscal predictability regarding national policies, the Sibiu Municipality has respected the principle of predictability, keeping local taxes at a historically low level 2003.

“The Fiscal Code offers local councils the possibility to increase local taxes by 50%. But the Sibiu Local Council has always supported investors and has not increased local taxes since 2003”, explained Mariana Hașu, executive director of Sibiu Local Fiscal Agency.

The Number of Private Companies is Growing

Statistical data confirms that Sibiu is an attractive option for starting and developing businesses. If, in 2017, 15,700 companies were active (not including authorized natural persons), in a single year this number has risen to over 1,300, according to the National Trade Register Office. According to the same source, in Sibiu County there are 5,000 firms with foreign shareholding in the subscribed share capital, with a value of the subscribed share capital of 580 million euro, during 1991-2018, which means Sibiu is on 9th place on a national level from the number of foreign companies, and on 14th place from the value of subscribed share capital.

Sibiu is also among the counties with the lowest unemployment rates. Throughout 2018, the unemployment rate was under 2.5%, well below the national average, and in the first months of the current year, it has registered an all-time low of 1.87%. 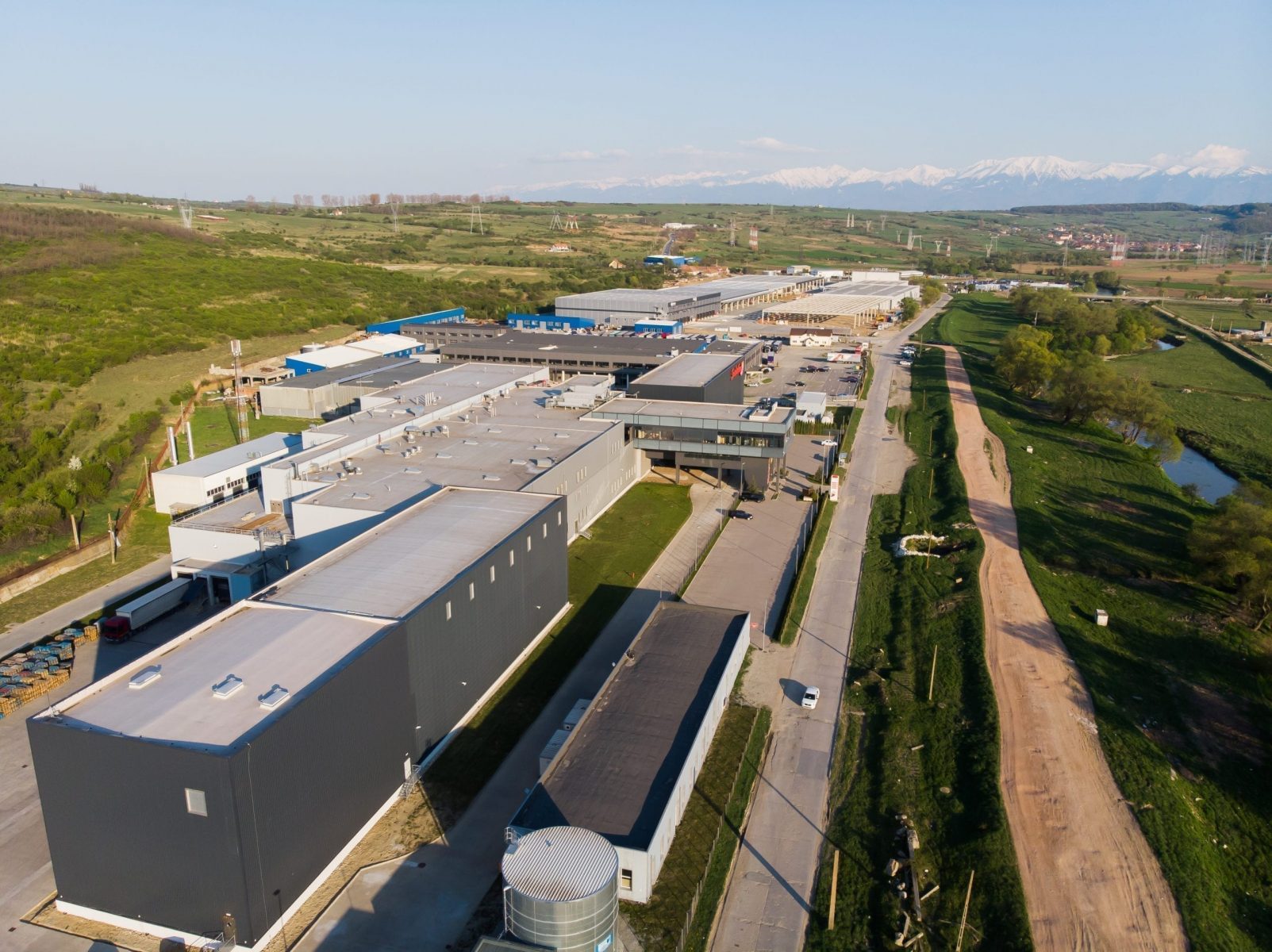 Coordinated Investments in Research and Innovation

Economically, Sibiu has already become one of the most important counties in Romania. It has growth potential also thanks to local authorities, who support development.

“In the counties of the Centre Region (Brașov, Mureș, Sibiu and partially Alba), local authorities who have been for several years now focusing on economic growth have obvious advantages – direct support of cluster development, of research and innovation capabilities linked to them, a clear objective of growing the economic potential, of supporting a coordinated link between research, innovation and economy, as well as a favourable policy for investments on a local and county-wide level.

Here, the individual forces of local authorities are willingly involved in developing new industrial parks, centres for science and skills. In the last 3-4 years, they have proven real enthusiasm in their efforts of achieving high-quality professional training, in ensuring the necessary number of skilled workers on the labour market. These are the primordial reasons that justify why this region is so attractive”, reads the “Study regarding the development potential and the economic perspectives of the Centre Region”, made by the Regional Development Agency – Centre.

In an analysis of the Foreign Investors Council of Romania, Sibiu is mentioned as one of the most attractive counties for European investors, alongside Cluj, Brașov, Alba or Timiș. In total, foreign investments in Romania have reached 75 billion euro, between 2003 and 2017. Germany, Austria and The Netherlands are the European states that have invested the most here.

For Sibiu and all Transylvania, investments by German companies play a very important role. In Sibiu, as well as in Brașov or in Târgu Mureș, there is a German Economic Club. These associations are interest groups of German-speaking investors in Romania. Their aim is to develop the economic environment and to promote sharing experience between the member companies. German Economic Clubs initiate activities, prompted by their members, in vocational training, marketing, insuring specialized workforce, business travels in search for partners or councillors and obtaining information on policy changes.

Moreover, Sibiu has been active since 2015 in the Francophone Business Club which promotes the interests of French companies, of creating synergies between different economic actors and of being a forum in the dialogue with public authorities. Business relations between French companies and the Sibiu Municipality have been consolidated through years of collaboration, as the first major investment in the West Industrial Area was done by a French company. French investors are among the biggest employers in Sibiu, and that is why the education system has been connected to the labour market. This year, two schools in Sibiu are setting up intensive French language classes.

Development through the Needs of the Business Environment

The promoters and the authorities responsible for public policies are aware that, in order to develop, the business environment has a few key needs: qualified workforce, basic infrastructure, connectivity, clusters and an efficient and transparent public administration.

In the coming years, local authorities intend to encourage investments in the area by: 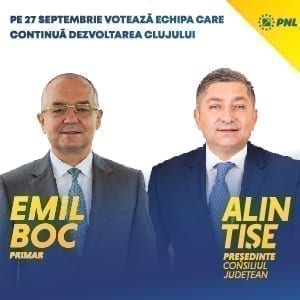