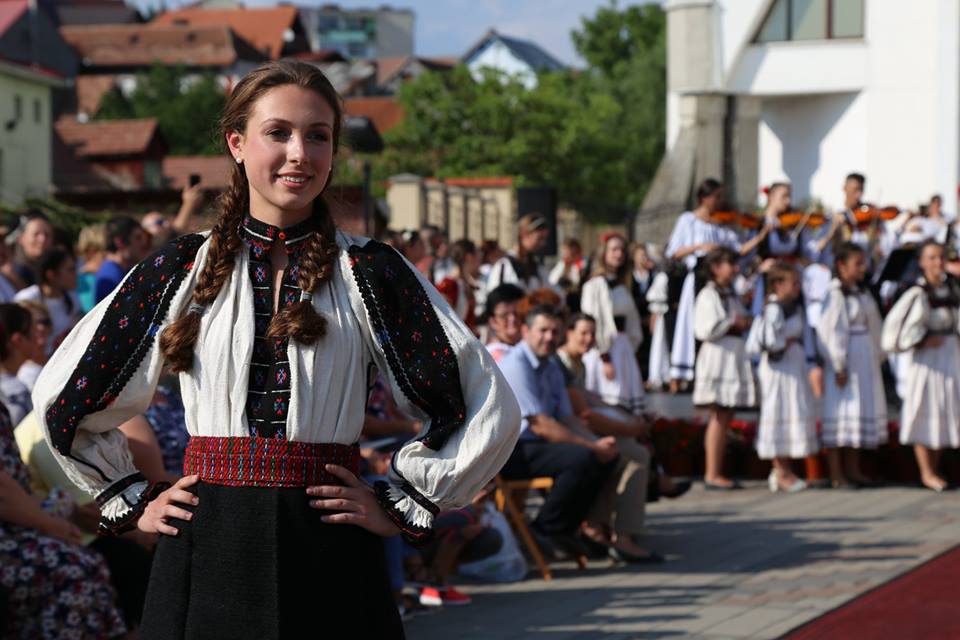 Reghin municipality and the Ethnographic Museum “Anton Badea” have celebrated beautifully during the “Reghin Days 2018” events the Centenarian of The Great Union by showcasing the beauty of the folk clothing with an impressive parade called “100 years of Romanian traditions” in the Libertății neighborhood’s small square.

The event was made possible thanks to the private collectors Mărioara Jiga and Sergiu Cioban joined by Andrei Romanică who managed to offer a lesson on folk clothing to the public.

The parade was also recorded in the beginning of March at “Eugen Nicoară” House of Culture during the launch of the photo album “100 years of Romanian traditions”. Edited using exceptional graphics, the photo album excels in content as well. “100 years of Romanian traditions” is one of the projects organised by the Reghin Municipality City Hall for the anniversary of the Centenarian of The Great Union and European Year of Cultural Heritage.

“The follow-up and the expansion of this project made possible by our colleagues from the Culture department was in my opinion a big accomplishment especially since it was a special event organised during Reghin Days in 2018. We did what was necessary to preserve the tradition of our people considering that globalisation is overtaking more and more territory. The citizens really appreciated this project and this is why my colleagues considered it necessary to save this event in a photo album that will outlive us” said Maria Precup who also thanked the collectors that contributed to the success of this project.