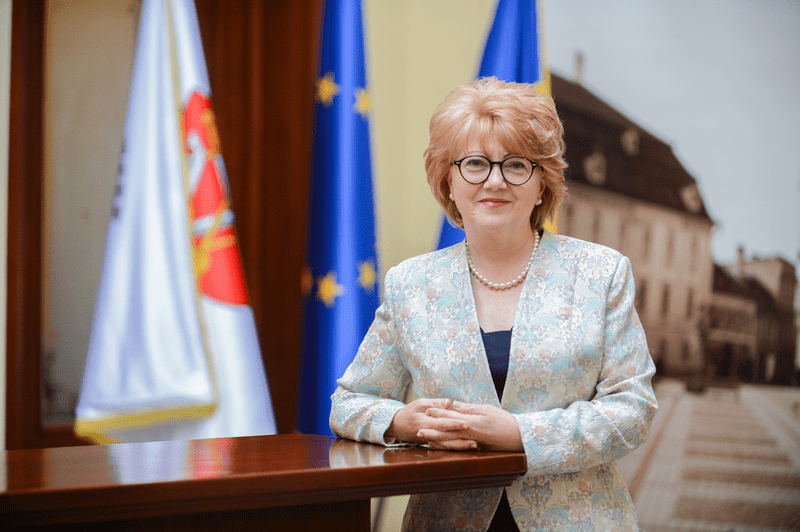 What are the main landmarks of Sibiu’s evolution from European Cultural Capital in 2007 to European Region of Gastronomy in 2019?

Sibiu developed in a dynamic and sustainable manner, stimulated by large projects, by its opening toward European partners, by a community which understood that it must become involved and support the city’s projects.

The status of European Cultural Capital was a momentum for Sibiu’s evolution beginning with 2004, when it began preparing for the 2007 cultural year. In an atypical manner for a European capital of culture, the effect of a successful program endured in the following years as well. Sibiu has turned culture into a development drive, becoming a touristic destination rated with three Michelin stars and taking full advantage of the significant growth recorded in the provision of services field. In equal measure, Sibiu has become more internationally visible. As a result of this powerful motivation the city’s infrastructure was also modernized by the Sibiu City Hall in an accelerated rhythm. Sibiu has thus become a competitive city, showing potential, but also results.

We did not stop here. Sibiu has sought new programs that would motivate it to continue on this path. The Sibiu European Region of Gastronomy Program is the perfect opportunity and a suitable direction for Sibiu. The main objective is the support for local food producers, but the secondary effect will most certainly be the continued growth in tourism, by highlighting the local gastronomic culture and traditions. One of the main objectives of this program is that of education our community in the sense of returning to healthy food, produced locally.

In Sibiu several important investments have been accomplished. What message can you convey to the business world and the possible investors from EU states?

The upgrading of the Sibiu International Airport, the modernization of streets and apartment building neighborhoods, the rehabilitation of water and sewage networks, public lighting, lowering suspended cables underground, designing new recreational areas and the reconfiguration of green spaces have been priorities for the Sibiu City Hall in the past 10 years and are still in focus. Furthermore, owing to the implementation of the dual-system education through a partnership between the City and the business environment, we help investors in their search for qualified workers. The Lucian Blaga University also prepares highly qualified workforce in various fields.

We use all available leverage for a local administration to support investments. We commit ourselves before the investors that we will continue to develop Sibiu to the benefit of our community, including the business environment, the city’s partner in providing jobs, and the wellbeing of its inhabitants. When investors analyze a location for a new investment, one of the main criteria refers to the location’s infrastructure and to the life quality for their employees. The Sibiu City Hall has made a priority of improving these. In this way, the water and sewage networks made available in the West industrial area when it was set up in 2003 – 2004, will be extended in the following period, since more and more production units have been built in the area, and the existing ones extended. Furthermore, in the entire area a public lighting system will be designed and the road network will be extended for a better and faster connection with the city. In parallel, we commenced developing the infrastructure in the East industrial zone, which becomes increasingly defined.

What are the City Hall’s most important ongoing or planned projects?

The most important amounts in the local budget, including the accessed non-refundable European funds, will be allotted to projects in education, health, green spaces, infrastructure, recreation, culture and sport.

The main investments in the field of education cover the construction of a new Arts Highschool, extending several schools and building gyms, constructing two new nurseries, as well as the rehabilitation and improving energy efficiency of several buildings where educational establishments function.

The health sector is also a high priority of the city administration. At the Pediatrics Hospital, ancillary to the Sibiu City Hall, we have planned investments for upgrading the existing departments, but also supplying them with more modern equipment.

We also have projects in the field of sports and recreation, important for the quality of life: we continue rehabilitating the Public Baths, one of the city’s historical buildings, the modernization of the Municipal Stadium and bringing it to UEFA standards. Also, we will finalize a huge project meant to turn a lake in one of the city’s neighborhoods in a center for recreation and sports, especially water sports such as wake boarding and stand up paddling. For the youth, we will shortly finalize a skateboarding park at European standards, with modern ramps and installations. We will set up sport fields in a neighborhood at the city’s outskirts, we will create an art park in the historical center, and we will take further steps towards building a recreation and sports center. The construction of a conference and performance center is a very ample project for which we have already made the first steps.

The investments in infrastructure represent over 30% of the total budget. To decongest traffic, we will invest in creating new connection roads in the crowded areas, including setting up new bike paths. Apart from continuing the rehabilitation of the city neighborhoods and the modernization of streets, we will commence building great capacity parking lots, two underground in the city center and one over ground in a very densely populated neighborhood.

A project of maximum importance for increasing mobility in Sibiu is the complete modernization of the bus fleet performing the public transport service. A number of 55 new buses entered in operation and we are going to buy another 60 buses, including electric ones. This is one of the measures we take in order to reduce pollution, encouraging the use of public transportation.

Culture is a drive for Sibiu’s development and thus we allocated important amounts each year, from which we finance our cultural institutions and we also continue to finance the cultural, sports and community events calendars, offering financial support to the organizers. Consequently, the city is animated with hundreds of events each year, being a pleasant and dynamic life environment for its inhabitants.

What does the organization of the EU Summit on 9 May 2019 mean for Sibiu?

Sibiu is a city distinguished for national and European premieres in its history and we have proven that we have the courage and resources to open paths, to accomplish projects with a European impact. After being the European Capital of Culture, we have become a touristic and cultural destination with a large international acknowledgement. This year we bear the title of European Region of Gastronomy.

Hosting the Informal Summit of Heads of State or Government of the European Union is a great honor for the city, a great opportunity to increase the city’s visibility and an occasion to show that Sibiu is European through its history, but most of all through its present. It is a great joy to present our city to the European leaders.

How do you see Sibiu’s European future in the next 10 years?

Sibiu engaged on a pro-European path even before Romania’s joining the European Union and I am sure it will stay on this route. An eloquent example of the European motto “Unity in diversity”, Sibiu subscribes to the Union’s values with its peaceful coexistence and its respect toward the diversity of ethnicities and religions present in the city, being open towards Europe from an economic and touristic perspective, with the dynamism of a city which breathes history and culture, but develops through economy and projects dedicated to the future of its community.