[Enjoy Transylvania!] #EURoad2Sibiu. In 2019, All Roads Lead to Sibiu

The Summit will address the policies needed to build a stronger, more united Europe. The Transylvanian municipality therefore becomes one of the most important meeting points in the EU space and the hashtag #EURoad2Sibiu, launched by European Commission President, Mr. Jean Claude Juncker, confirms that in 2019, all roads lead to Sibiu.

Looking back at the last ten years, here is how Sibiu was reconfigured and how it became the most important stage for European and international events of regional impact – but even more importantly, how it became a catalyst of changes at a local level. We’re reminded that Sibiu was the first city in Eastern Europe to be designated, in 2007, European Capital of Culture – and it had applied for this title before Romania joined the EU. A decade ago, the European Commission published an evaluation report of the programme, stating that Sibiu made a very “brave and innovative step” to achieve its main objectives: increased European visibility and the revitalisation of tourism and local economy. The title of European Capital of Culture is an important mention because it transformed the medieval city, turning it into the capital of cultural tourism it still is. From an economic point of view, the title was instrumental for the beginning of important events to follow.

A city of culture vs. a city of economic potential

After Sibiu had proved it can be a European Capital of Culture, it had to prove that it can do even better and become an important centre to attract investments. As far as in 2003, an industrial zone was being set up west of the city, where greenfield-type ventures drew more and more Romanian as well as foreign investors. Continental AG, SNR Roulments, Marquardt, Guhring, Harting, RUD Ketten, Bramac, but also local businessmen from Ambient and Polisano were among the first companies to open production facilities here.

The arrival of these companies was the result of Sibiu being attractive as a strong location, with properly skilled workforce, positioned along the Pan-European Corridor IV and having an airport for the logistic connexion. Equally though, Sibiu had to be noticed by the big European economy players. Presenting the municipality as an economic location to potential foreign investors was therefore extremely important for the future development of the city.

The then mayor, Klaus Iohannis, would promote the city abroad on his official visits, showing that Sibiu was a place with investment potential. The Sibiu economical location was presented to foreign businessmen who visited the city – or who in turn invited city representatives to come to their region. In 2011, Klaus Iohannis was invited by the Harvard University in the US to hold a lecture on the evolution of Sibiu from economic, political and cultural standpoints, on the multicultural and multi-ethnic environment so characteristic to the city and on future development directions.

“I consider it very important that Sibiu is promoted in this regard as well, so that economic development may be ensured in the future. Sibiu has good potential and I am confident that its promotion will convince potential investors to choose Sibiu when opening new businesses”, said the then mayor Klaus Iohannis.

Sibiu becomes well-known not only from what it is said about it – but the other way around, as well. In the last ten years, the city has been visited by high-profile personalities, from European royalty – Their Majesties King Albert and Queen Paola of Belgium, Their Royal Highnesses Princess Margareta of Romania and Prince Radu, the President of Germany, His Excellency Joachim Gauck, the Prime-minister of the Grand Duchy of Luxembourg, Xavier Bettel, the German Foreign Affairs Minister and future President of Germany, Mr. Frank-Walter Steinmeier, to ministers, ambassadors and heads of regions. The name of the city grew. With the same objective, to improve its tourism capabilities, city authorities decide to focus its actions on targeted groups and events. Sibiu therefore choses to promote itself in societies with a strong tourism culture and presents its offer at international fairs in Stuttgart, Budapest, Berlin and also Sweden – for senior citizens’ tourism.

The urban development of Sibiu – a challenge, considering the unique character of the city

The vision for urban development, as it was proposed by the Municipality of Sibiu City Planning in 2009, started from the concept of ‘Sibiu, meeting point’ and emphasized the potential of it becoming a host city, both attractive and interesting for business, events, tourism and studies. Sibiu, seen as a place where cultural, scientific and financial capitals are mutually supportive.

As Sibiu grew more attractive, urban development integrated strategies were needed to correspond to the biggest changes the increasing development pace dictated: more infrastructure for more travellers, better connectivity, a better development of educational institutions’ networks, the integration of educational and social necessities in areas Sibiu expands into, the development of parks and leisure areas. At the same time, there was an increased demand to synchronise the developments of the Upper City with the ones in the Lower City. In 2010, Sibiu therefore completes the Urban Development Integrated Plan, which mentioned eight major goals – among them, sustainable development and economy; the improvement of living standards in the Lower City by creating a modern and durable urban infrastructure, as well as better accessibility to western and north-western parts of the city. Projects have been introduced for European financing and contracts of 11.8 million euros for 3 years were signed. The most important investments targeted a new bridge over the Cibin river, the rehabilitation of utilities, car and pedestrian infrastructure on several roads, as well as the creation of an urban traffic control and management system in Sibiu. European funds also allowed the expansion and rehabilitation of 30 kilometres of water and sewage networks. Public transport was also modernised, in line with the city’s dynamic development: some routes were extended due to the building of new shops or company headquarters, other routes in the industrial area were modified once the ring motorway was put into service, the number of buses transporting employees to and from companies in the area was increased.

In just four years, from 2009 to 2012, bike routes multiplied from only 3 to over 50 kilometres – and further increased in the following years to more than 70 kilometres.

Between 2016 and 2018, infrastructure development continues: almost 100 streets went into rehabilitation, several neighbourhoods expanded, education institutions were rehabilitated and, in 2017, the Municipality of Sibiu became the first city in the Centre region to pass the most important step in accessing non-repayable EU funds for county seats – the Integrated Sustainable Urban Development Strategy and the Urban Mobility Plan. Without the approval of these strategic documents, local authorities can’t submit projects to get EU grants for the sustainable urban development of their cities.

The efforts made by Sibiu to improve its infrastructure and for a smart urban development did not go unnoticed. Last year, Sibiu was recognised for ‘Excellency in the Urban Regeneration of Public Spaces’ at the Gala of the Romanian Municipalities’ Association.

Besides infrastructure, another objective of the municipality was to develop smart systems for citizen interaction. In 2011, with the help of EU grants, the e-administration platform of the city was created. Online, people can get permits and certificates, they can inquire on their petitions and requests, make electronic payments, submit applications, request hearings and so on.

In 2013, Sibiu was visited by 25 urban development experts from Germany, Belgium, Luxembourg and England, to offer consultancy on the urban development of the city. From 2014 on, the local administration has been making its decisions according to the Urban Development Guide 2014-2024, a document stating 21 goals and 95 development lines. Here are the most important of them until 2024, in order to integrate Sibiu in the concept of smart city:

Last year in December, Sibiu received an award from the Romanian Association for Smart City and Mobility at the ‘Smart City Industry Awards 2018’. The award was granted in the SMART LIVING category in recognition for the projects implemented by the City Hall – projects which improved the living standards in Sibiu: the modernisation of utilities networks, streets and neighbourhoods, the rehabilitation of parks and creation of new leisure areas, the renovation of schools and extending cultural events towards neighbourhoods.

Sibiu continues to develop its main priorities: urban infrastructure, school networks and health systems. 23 projects totalling 320 million euros will help Sibiu become a more competitive city, a city better prepared for the needs of its citizens, safer both for them and for tourists. The biggest portion of funds goes to mobility improvement and targets the following:

The modernisation of the Sibiu public transport by the acquisition of 40 new CNG1 buses, together with modern passenger information systems

The introduction of a ‘green’ public transport line in the historic centre of Sibiu, by the acquisition of 5 electric minibuses and their necessary infrastructure

A bike path along the Cibin river, on a route that will cross the city and will link existing paths

A self-service automated bike rental system – Sibiu Bike City. 44 centres will be built with 500 bicycles, including tricycles for the elderly and for people with disabilities.

Thanks to a European project, the City Hall continues the digitalisation of public services. A financing contract has recently been signed for the digitisation of archives and expansion of online services – an important instrument to reduce bureaucracy.

‘We want to reduce bureaucracy in real terms, through functional applications and equipment to provide for the efficient solving of citizen’s inquiries. At the same time, the project has the important role of training local public servants and increasing their proficiency’, said Astrid Fodor, Mayor of Sibiu.

EU funds complement the sums that the public administration grants for development. In 2019, 228 million lei are directed to investments and infrastructure – 30% of the entire budget of the municipality.

For city officials, investments in education, health and culture are a priority this year as well.

Also important is the fact that this year, Sibiu implements an ambitious European project – Sibiu European Region of Gastronomy 2019, which puts the municipality on the map of European cities where gastronomy intertwines with tradition. Authorities are certain the programme will bring added value for small producers in the rural areas, will add momentum to the food service industry and will contribute to the international awareness of the Sibiu brand.

‘Sibiu has the experience of large-scale European projects, but hasn’t stopped at being European Capital of Culture. 2007 was just the beginning of a culture-based city development strategy. It is from this strategy that the Sibiu European Region of Gastronomy programme stemmed from. I invite you to visit the city and county of Sibiu in 2019, this wonderful region in central Romania, I invite you to enjoy and take part in the events taking place in our city’, says Mayor of the Sibiu municipality, Astrid Fodor.

[Enjoy Transylvania!] Mayor of Sibiu, Mrs. Astrid Fodor: „We have proven that we have the courage and resources to open paths, to accomplish projects with a European impact” 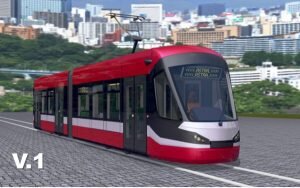 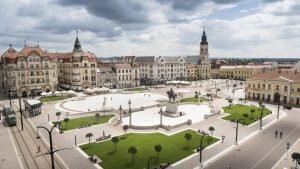 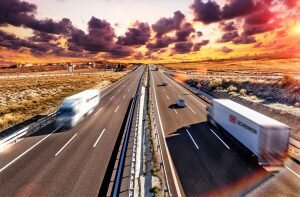 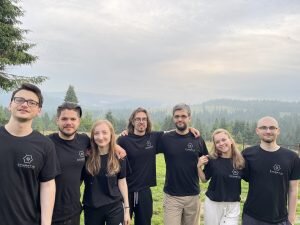 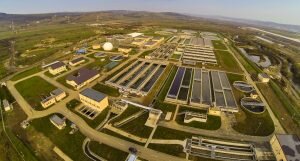 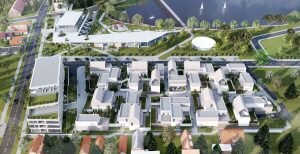 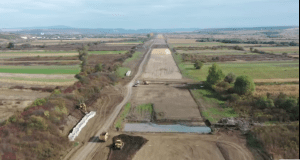 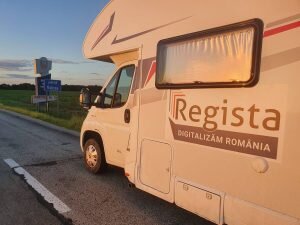 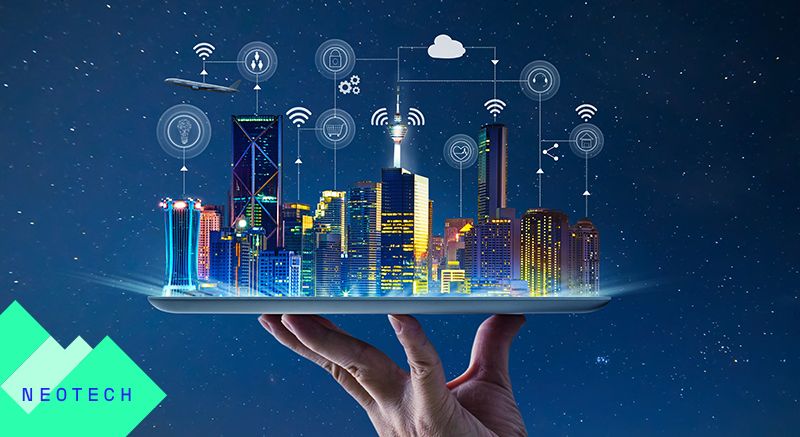 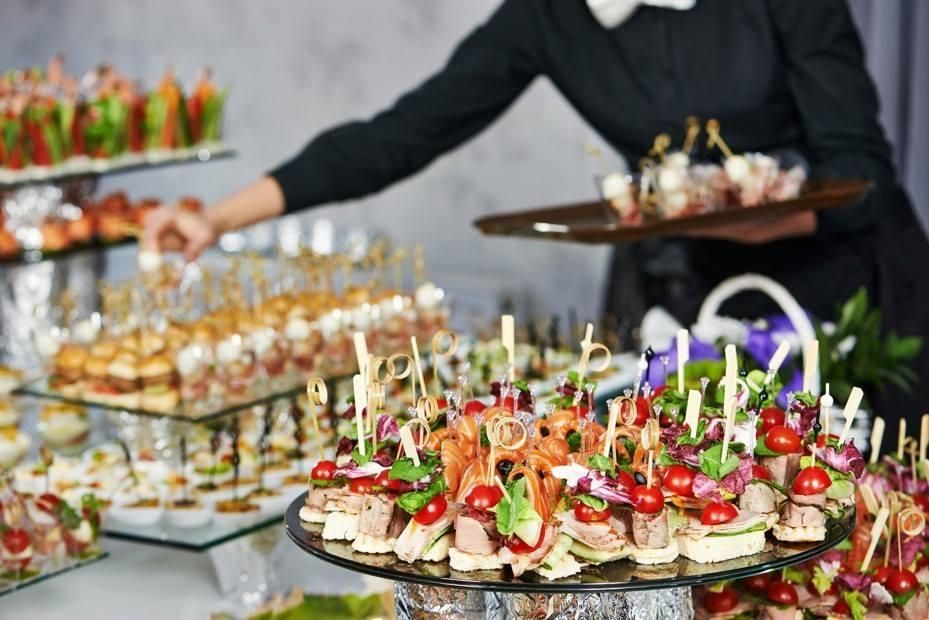 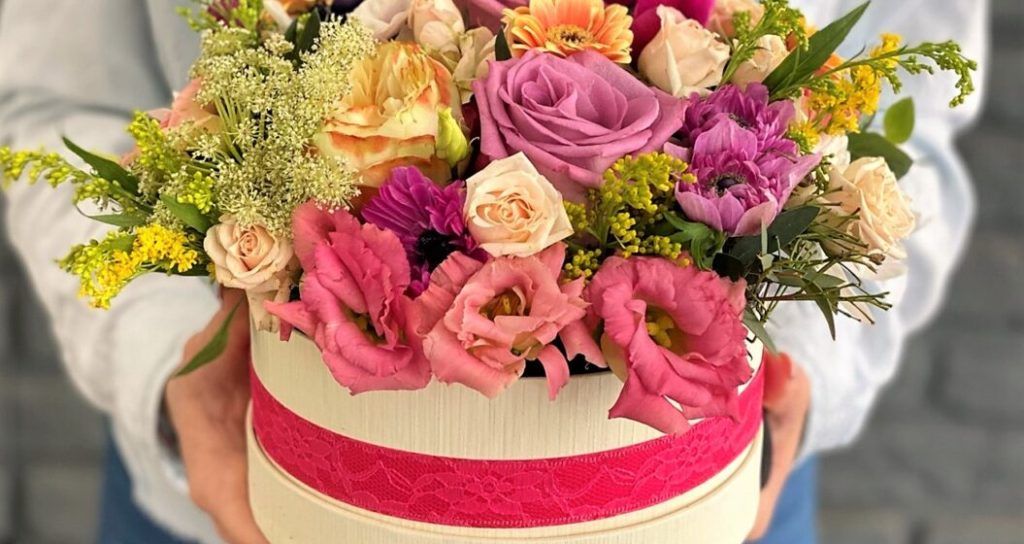 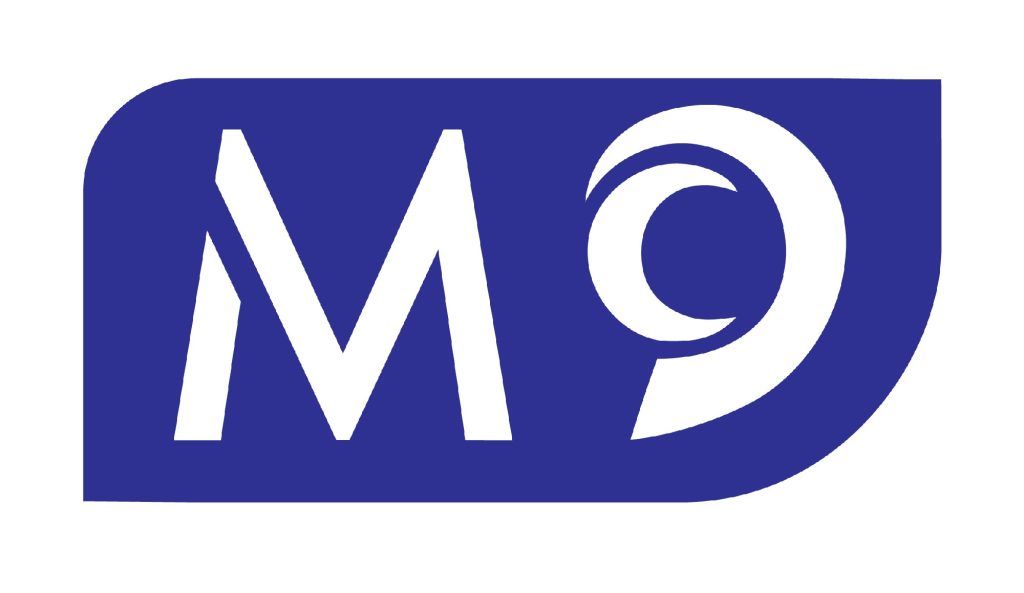 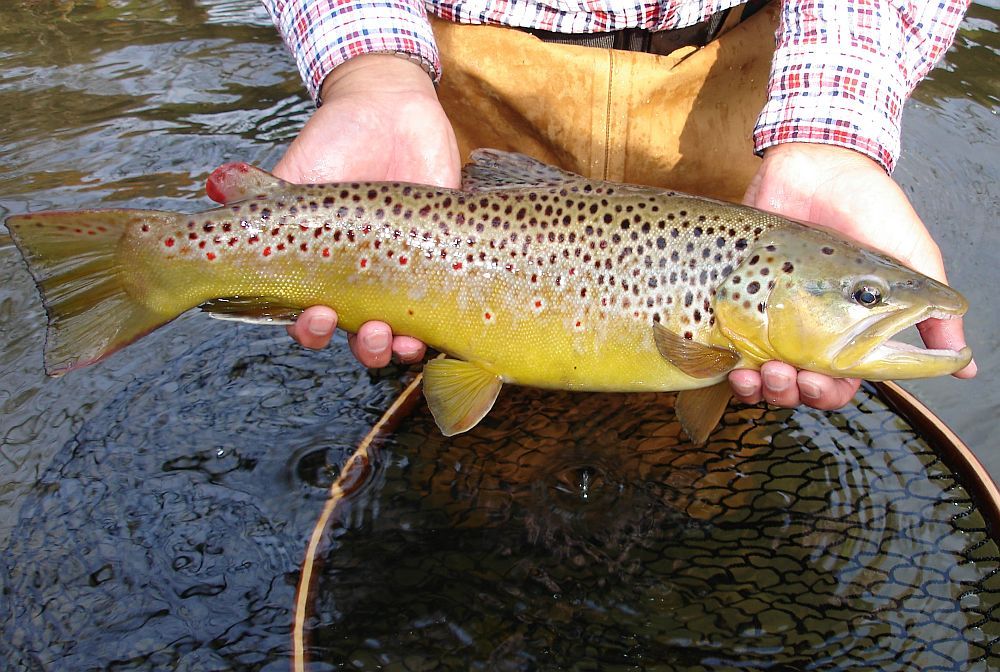 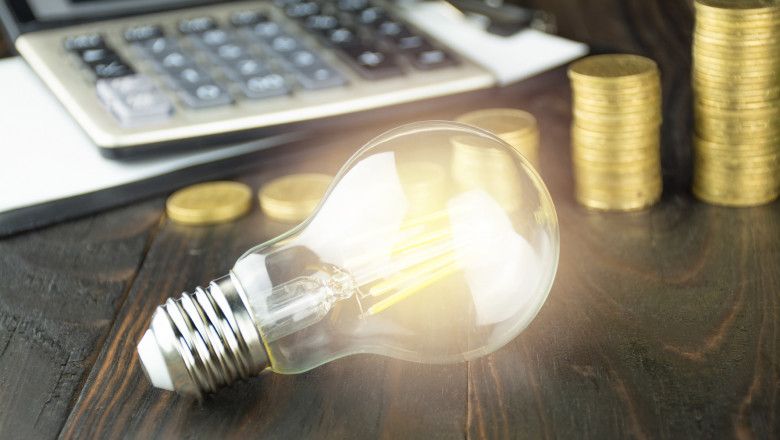 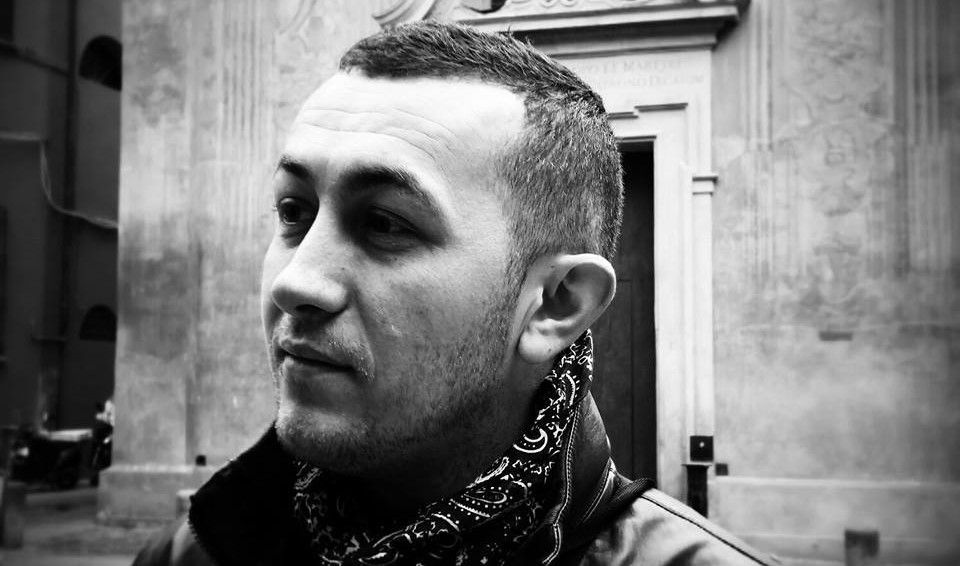 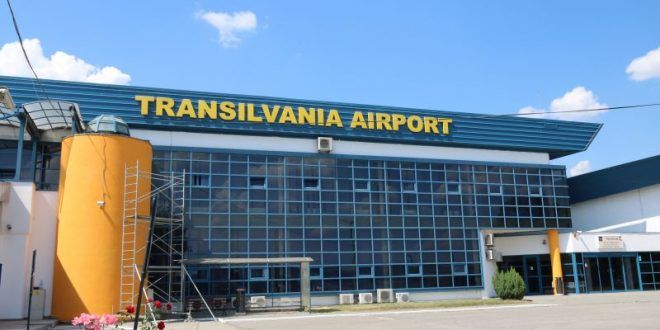