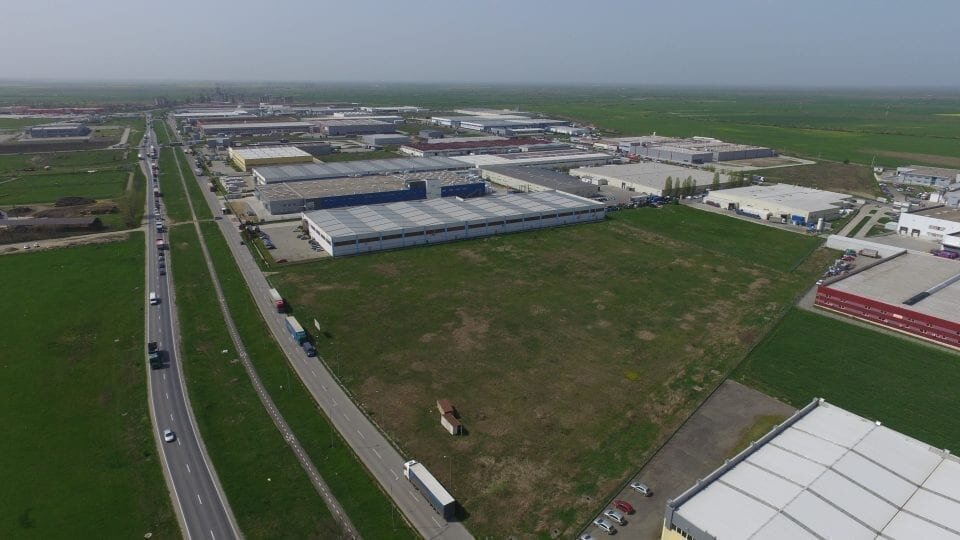 Since Romania joined the EU in 2007, the city and county of Arad have absorbed over 1 billion euros in European funds, through successful strategic projects. This led to the re-election of Mayor Gheorghe Falcă for a total of four terms, as the community of Arad is finally feeling the wind of transformation sweep over their home town. European money helped attract investments that contributed to an increase in the residents’ living standards.

Here is one of the most recent European projects, worth approximately 50 million lei, aimed at improving the town’s appearance. The urban refurbishment of the city of Arad, introduced by the project called “The Urban Renewal of Arad’s Apartment Building Areas”, is the largest project of this sort in Romania. It is focused on improving living conditions, with a new and modern approach to urban development, especially in the neighbourhoods with blocks of flats build during the communist period. The plan is to build parks, playgrounds and recreational areas, to improve roads and public lighting, to create new parking spaces, and collective multi-storied parking buildings. Besides the ground level works for parking spaces, alleys, playfields, one other objective is to create 8 “Fast Park” facilities, comprised of a ground and upper level, and built in a metallic structure. The contracts for the 8 facilities were signed on 9 July 2018 and the construction is scheduled to last 2 years, with an added year for flaw detection/inspection.

“By this renewal project we intend to finish the urban refurbishment of the apartment building areas by 2020 and improve our residents’ satisfaction regarding the neighbourhood they live in”, explained Gheorghe Falcă, Mayor of Arad.

One other project – in partnership with the World Bank – is related to introducing a rainwater and household drainage system, roads and pavements in three of the most important residential areas of Arad. The project is worth 70 million lei, of which 40 million non-refundable. This is the largest non-refundable financing granted to a Romanian city, after Bucharest.

Last but not least, the drinking water in Arad is the best in the whole country, as a result of the rehabilitation of the sewage and water system and the upgrade works at the water treatment plant in Arad, following 38 million euros, European funds obtained by the City Hall.

EU funds account for the better part of the county’s development budget as well, since the Government cut 60 million euros from its minimal budget. The same central administration that transferred a number of responsibilities to the local authorities without providing the financial instruments to achieve them, thus creating a deficit in public funding. The County Council therefore resorted to EU funding to balance the deficit. The most important projects carried out at county level are for the extension of the water and sewage system and the upgrade of the water treatment plants, 200 million euros; the investments made in the county hospital, for a total of 98 million euros; implementing a waste management system, 32 million euros; rebuilding the infrastructure of the Wine Road, 20 million euros.

Three new hospitals will be built in the next few years in Arad! Two of them will be functional by 2020 and the third – an impressive 7 storied building – in the next cycle! With a total of 90 million euros invested, Arad will be the county with the largest share of investments in the public health sector! The achievement of the Arad County Council is unprecedented in Romania! The public health system in Arad is practically being rebuilt using European funding, local funding and, to a lesser extent, government funding (the Arad County Hospital has not been granted any investment funds by the Ministry of Health in the last two years)! The process will not be ready overnight but it already certainly is a successful and spectacular endeavour. And it has only just begun!

Arad is among the counties in full development, with a proud history and a positive attitude towards the future. When its economic potential started to grow, Arad was practically forced to settle its relationship with the other economic force of the province, Timișoara. Competition or cooperation? This was the question that needed an answer. The Mayor of Arad was the first to suggest the idea of a common growth pole in Arad-Timișoara. A national debate was born as to the advantages that stood to be gained from a cooperation between the two cities instead of a competition, and the question if together they could even beat Bucharest in terms of economic power. According to a study of the World Bank there is potential to the Arad-Timișoara joint-venture, with Arad having a foot in the industry sector and Timișoara in the IT field. The sustainability of such an association between two powerful cities, capable of reducing their dependence on the capital city, was later confirmed at the end of 2018, when the mayors of Timișoara, Arad, Oradea and Cluj-Napoca signed the Western Alliance. The four cities plan to work on common infrastructure projects and more: culture, education, healthcare, tourism, sports, security and development.

Night of the SMEs