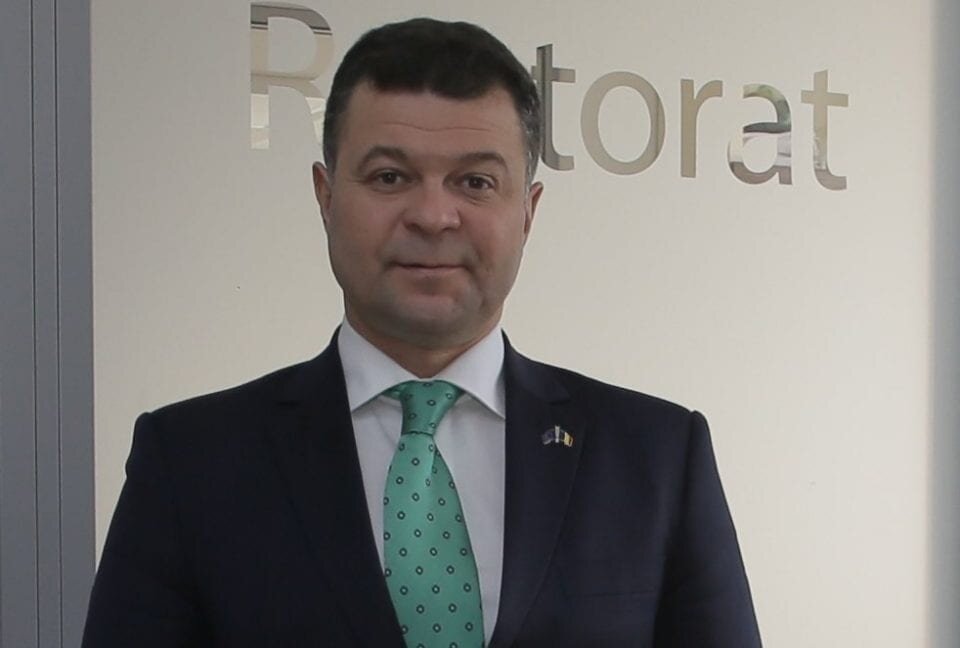 The West University of Timișoara is nowadays the most developed higher education institution in the western region of Romania, a privileged position given not only the excellent results expressed by the quantitative indicators that place us among the top three best universities at a national level, but also given particularly the quality standards that we have displayed and through which we have achieved international recognition both in Central-Europe and in the global world of European education.

We are a community of tradition, following our public mission in the service of knowledge, but also a community of young, modern spirit through the energy and the living talent of our academics, students, and graduates, due to our passion for discovery and innovation.

In the past few years, the results of the assessments, rankings, and classifications of our university confirmed what we have come to believe when looking around us: the West University of Timisoara has successfully combined tradition and innovation, history and the challenges of the moment. With academic results in ascending dynamics, we are visible in the international university rankings where the top universities are the ones which are the most renowned around the world. We constantly hold a meritorious place when it comes to the Romanian universities, as evidenced, for example, by the Meta ranking of universities in Romania, where we constantly rank among the top five.

The West University of Timișoara, a social space of knowledge and research, celebrates its 75th anniversary since its foundation, with remarkable results both at the national and the European level. The institutional architecture of our university has strengthened over the past ten years, so that it now represents a model for comprehensive higher education. We currently host an educational platform of eleven faculties and over ninety study programmes, with more than fifteen thousand students enrolled in courses at all three Bologna levels.

In my capacity as Rector of the most important comprehensive university in the western region of Romania, I am honoured to be part of a highly esteemed and scientifically valued academic community which has been joined by prominent international personalities who have accepted to be award the title of Doctor Honoris Causa.

Through their contribution to the shaping of our public profile as a university involved in community life, we are proud of the European and international personalities who have studied at our university, as, for example, the Romanian born writer Herta Muller, winner of the Nobel Prize for Literature. We are equally honoured by the fact that prestigious international personalities have joined our academic community, by becoming Doctors Honoris Causa, among them: Professor Ştefan Hell, Nobel Prize winner for Chemistry in 2014, Professor Gerard Mourou, Nobel Prize winner for Physics in 2019, philosopher Andrei Plesu, cosmonaut Dumitru Prunariu, physicist Ioan Piso, economist Mihai Tanasescu and Sergiu Manea, actress Maia Morgenstern and actors Marcel Iures and Florin Piersic, poet Ana Blandiana, sportsperson Simona Halep, writer Horia-Roman Patapievici, diplomats Simona Miculescu and Emil Hurezeanu, as well as former presidents of the European Commission, José Manuel Barroso, and Romano Prodi. We also appreciate the professional ties created among the thousands of graduates, who form the WUT Alumni Community which constantly grows every year, they are our representatives around the world. They are the most convincing and authentic ambassadors we have at international level, they are the figures associated with the West University of Timisoara.

It is a great honour to our academic community that Timisoara, the city where the Revolution of December 1989 started, was designated by the European Commission to become the European Capital of Culture in 2021, as a symbol of pluralism and multiculturalism. Besides being an honour it also creates an extraordinary opportunity for our community to enhance its level of visibility. Under the circumstances, such an opportunity is also represents a challenge to the West University of Timisoara to contribute to the promotion of local culture and values in the world. We participate, together with all local and international partners in the development of the European programme being prepared for 2021, including the opening of a unique Masters Degree programme in Cultural Leadership, as well as by proposing a new cross-curricular course in our university, on the topic of recent history and political analyses dedicated to the 1989 Revolution in Timisoara.

We invite you and are waiting for you to visit the West University of Timisoara. Our doors are open to international students and to educational and cultural exchanges that come our way. Our windows, too, are open towards sources of knowledge achieved through international studies and research which we contribute to, together with our European partners who come from the most dynamic cities of discovery and cultural cooperation. We are also convinced that it is always worth keeping our minds open when teaching and training our students to become good citizens of the 21st century as well as provide them with the intellectual tools to help them reach their full potential and to become their best versions of themselves.