Another chapter in the history of Munich Airport will begin on April 26, 2016: with the launch of the new satellite terminal – Germany’s first midfield terminal – Europe’s only five-star airport is again setting new standards for excellent service, passenger comfort and sustainability. The satellite terminal is also a continuation of the successful joint venture between Munich Airport and Lufthansa. As in Terminal 2, the partners have joined forces to design, build and finance the new passenger handling facility on a 60:40 basis. The Munich architectural firm Koch + Partner was selected for the design and general planning.

A spectacular start for Munich Airport’s new satellite terminal: Suspended from aerial silks 20 meters above the floor of the new facility’s central market square, a group of acrobats performed their own daring and graceful airborne choreography. The dazzling display was witnessed Friday, 22nd of April, by the 1,900 guests from Germany and abroad, encircling the apron tower at the heart of the satellite.

The show was kicked off by the “kings of the castle”. Pulling symbolic thrust levers to give the satellite a fitting launch were Dr. Markus Söder, the Bavarian minister of finance and the chairman of the airport’s Supervisory Board, Norbert Barthle, the parliamentary secretary of state of the German federal ministry of transport, Dieter Reiter, Munich’s mayor, Carsten Spohr, the CEO of Lufthansa, Thomas Winkelmann, who is in charge of Lufthansa’s Munich hub operations, Dr. Michael Kerkloh and Thomas Weyer, the CEO and CFO of Munich Airport, and Norbert Koch,the architect responsible for the design and general planning of the project.

“As one of the world’s most advanced terminal buildings, the satellite is an infrastructure development for the future. Its annual passenger capacity matches the entire traffic handled by a mid-sized German airport. Once again, Munich is setting new standards. For the state of Bavaria it is an enormous gain in terms of mobility and competitiveness that will make us the envy of other regions in Germany and Europe,” said Markus Söder.

Munich Airport’s CEO Michael Kerkloh sees the satellite as a key element in the successful ongoing development of the airport. “With the satellite, we will not only maintain our justly renowned standards of service and overall airport experience: We will actually take them to a higher level. That starts with the comfortably appointed waiting areas, and extends to the attractive marketplaces with the charming restaurants and the 27 pier-served aircraft stands which, in most cases, will eliminate the need to move passengers by bus.”

The CEO of Lufthansa, Carsten Spohr, also commented on the quality improvements through the increased capacity: “The expansion of Terminal 2 with the new satellite building will make the Lufthansa Group airlines operating in Munich a better and more attractive option for passengers from all over the world. With twice as many pier-served stands for boarding and deplaning, five new lounges with more than 4,000 square meters of floor space and state-ofthe- art gates, passengers at our five-star hub will enjoy even more comfort and higher standards of quality. Our investment in premium-quality facilities is a visible commitment to the continuation of our success story in Munich.”

Norbert Barthle, from the German federal ministry of transport stressed the importance of the Munich hub for the entire country: “Today’s opening of the satellite building represents the continuation of Munich Airport’s success story. It creates new handling capacity for 11 million passengers per year. This will reinforce Munich’s position as one of the world’s largest and most passenger friendly hubs. But Munich Airport will need to keep developing in the future as well. The further expansion in the form of a third runway, for which a building permit is in place, is a transportation infrastructure project of national importance.

In the words of Munich’s mayor, Dieter Reiter, the opening of the satellite is “yet another milestone in the success story of Germany’s second-largest airport.” He added: “This will benefit not only the investors and those who run the airport, but above all the passengers. Completing a construction project this complex on time and within budget is not something you can take for granted. For that reason I would like to express special thanks to everyone who was involved.”

After the official program, the guests had time to get to know the satellite terminal with its dining and shopping options, featuring premium brands alongside Bavarian local color. At the stages set up at various locations, Munich Airport and Lufthansa offered information on the airport, the airline, the satellite’s sustainable energy concept, hub traffic and destinations and the global Star Alliance airline partnership.

Another chapter in the history of Munich Airport will begin on April 26, 2016: with the launch of the new satellite terminal – Germany’s first midfield terminal – Europe’s only five-star airport is again setting new standards for excellent service, passenger comfort and sustainability. The satellite terminal is also a continuation of the successful joint venture between Munich Airport and Lufthansa. As in Terminal 2, the partners have joined forces to design, build and finance the new passenger handling facility on a 60:40 basis. The Munich architectural firm Koch + Partner was selected for the design and general planning.

The new facility will give Munich Airport 27 new gate positions where passengers can board aircraft directly without bus transportation. With the new satellite facility, the capacity of Terminal 2, which is used by Lufthansa and its Star Alliance partners, will be increased by 11 million to 36 million passengers per year. As one of the world’s most advanced passenger facilities, the satellite terminal will offer passengers pleasant surroundings with a wide range of shopping and dining options in attractive and spacious areas flooded with natural light. Passengers will also have five new Lufthansa lounges to choose from.

The satellite has no direct landside transportation links. Check-in will take place in Terminal 2. Passengers will then undergo passport screening and hand baggage checks before boarding the airport’s own underground transport system that will take them to the satellite terminal in barely a minute. Here they will experience the same high standards of quality they have come to expect in Terminal 2. Of course they will have free access to the airport-wide Wi-Fi network, and can plug their devices into USB and power outlets in the waiting areas.

Awaiting passengers in the satellite terminal is an entirely new dining and shopping experience, with 15 retail areas, seven restaurants and cafes and three duty free zones in a spacious, 7,000 square meter setting. The architecture, the shopping options and the wide variety of foods and drinks available reflect the Bavarian lifestyle and Munich’s unique character. The satellite also features plenty of services to meet the needs and desires of the modern traveller, including quiet areas with reclining chairs, play areas for children, changing tables in the men’s and women’s washrooms, and four showers. All services are situated at the center of the new building for quick and convenient access by customers. From here the five new Lufthansa lounges are just steps away. With an area of 4,000 square meters, this nearly doubles the total area of the Terminal 2 lounge facilities. The new concept features a roof terrace, panoramic windows and a bar overlooking the airport apron.

Forming the heart of the new passenger facility is the central marketplace, which is flooded with natural light. Market stands, each with a theme, are an authentic tribute to the Viktualienmarkt, Munich’s renowned open-air market.

The satellite also sets new standards for environmentally friendly operations and energy efficiency. Advanced building materials and innovative heating, cooling and lighting technologies reduce energy consumption to a minimum. A 40 percent reduction in CO2 emissions in the new facility as compared with the airport’s existing terminal buildings is achieved partly through special “climateoptimized facades”: These 4.5 meter wide zones separate the air conditioned interior of the satellite from the outdoor space, acting as a climate buffer while providing usable space with escalators for passengers to change levels. The facade is made of a newly developed type of glass with a special coating that allows sunlight to enter while keeping out the heat.

The satellite terminal was built within budget and on schedule: Total investments in the satellite terminal amount to about 900 million euros, including the costs for the new building itself, the expansion of the baggage sorting facility and the construction work on the ramps and taxiways near the terminal. The costs for the building and expanding the baggage sorting facility are being shared on a 60:40 basis by Munich Airport and Lufthansa, The entire cost of the improvements to the ramp was covered by the airport.

Preparatory work for the new passenger building started in the summer of 2011. The cornerstone was laid on April 23, 2012, and the topping-out ceremony took place on September 12, 2013. Construction of the building itself was completed in the fall of 2015. This was followed by the operational testing phase, with extensive trials involving more than 3,000 participants playing the role of passengers.

Rail technology leader Bombardier Transportation announced today that its BOMBARDIER INNOVIA APM 300 automated people mover (APM) system has been inaugurated at the Munich Airport in Germany, along with the new satellite building. This innovative dual-lane passenger transit system connects Terminal 2, via an underground tunnel, to the new satellite facility located 400 metres away. Bombardier designed, built and commissioned all of the electrical and mechanical equipment, including twelve APM vehicles. The INNOVIA APM 300 system will enter service on April 26, 2016 to increase passenger capacity at the airport. Bombardier will provide nine years of operation and maintenance services for the new airport transit system.

Germar Wacker, President, Mainline and Metros, Central and Eastern Europe region (CEE) at Bombardier Transportation stated, “Bombardier has extensive global experience in the design, build and supply, as well as operation and maintenance, of driverless transit systems. Our modern mobility solutions for passenger transfers are in successful operation at airports all over the world. The latest generation of INNOVIA APM 300 technology meets the high quality and service standards of the fivestar Munich Airport and it will further optimise the transportation of passengers there reliably and efficiently.”

The INNOVIA APM 300 system was selected by the Munich Airport due to its flexibility and exceptional reliability. The new transport system is 700 metres long in total and enables short transfer times at Munich Airport by providing the capacity needed to transport different amounts of passengers. The vehicles cover the distance between the two buildings in less than one minute and, during peak times, up to 10,900 passengers can be transported per hour, per direction with the shuttle service. The twelve INNOVIA APM 300 vehicles are equipped with the BOMBARDIER CITYFLO 650 automatic train control technology for driverless operation. Bombardier has already supplied more than 50 fully-integrated, turnkey driverless transport systems around the world, transporting around 1.7 billion passengers per year in total. Turnkey solutions bring together the entire spectrum of Bombardier’s expertise, ranging from vehicles and signalling technology to project management, system integration, and operation and maintenance services. Bombardier has more than 45 years of experience in delivering and supporting driverless transit systems. 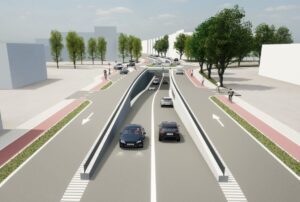 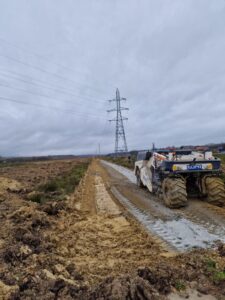 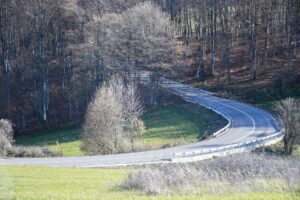 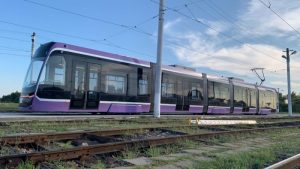 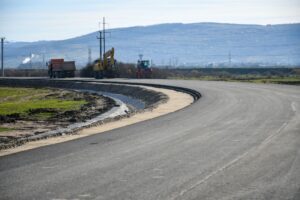 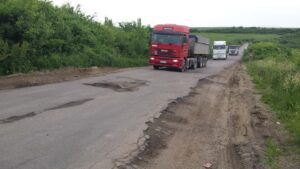 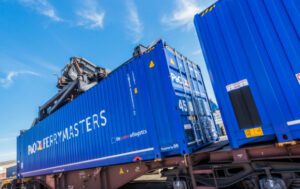 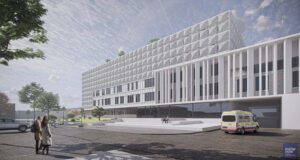 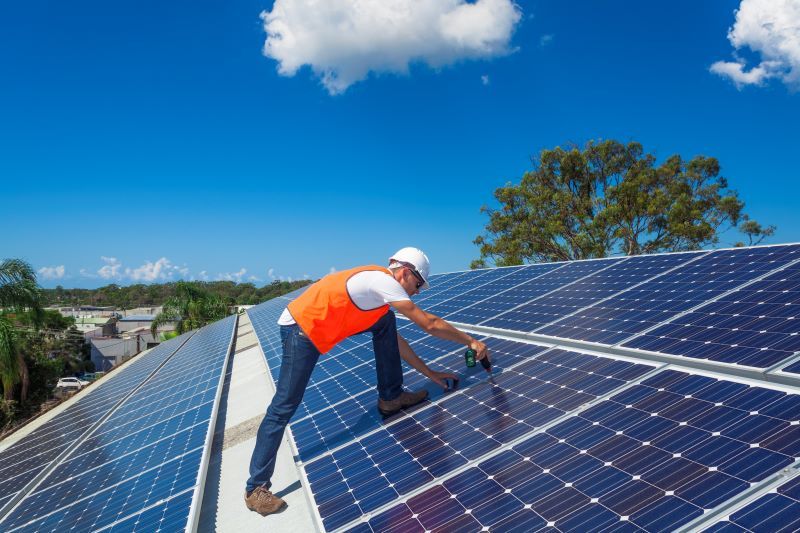 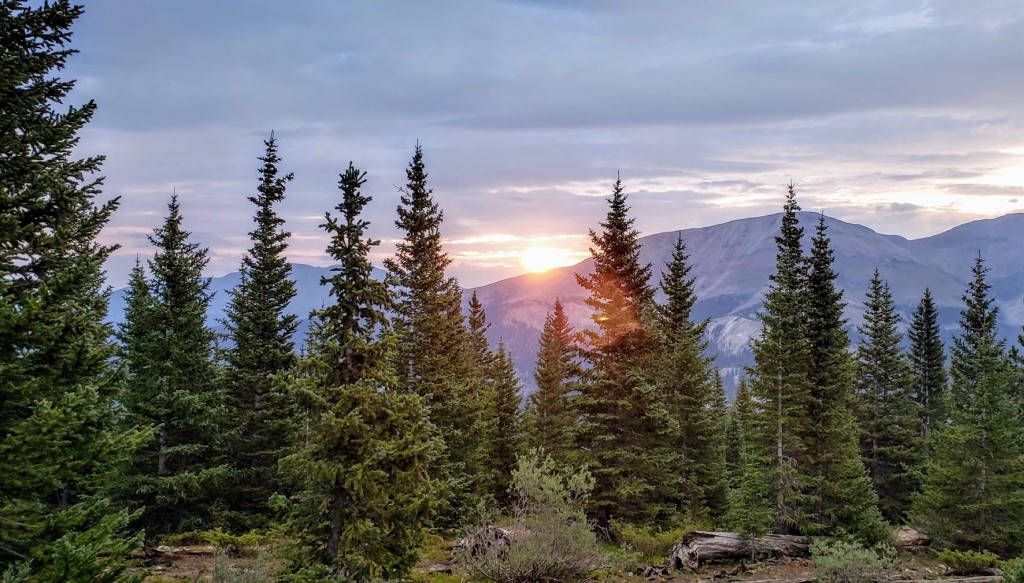 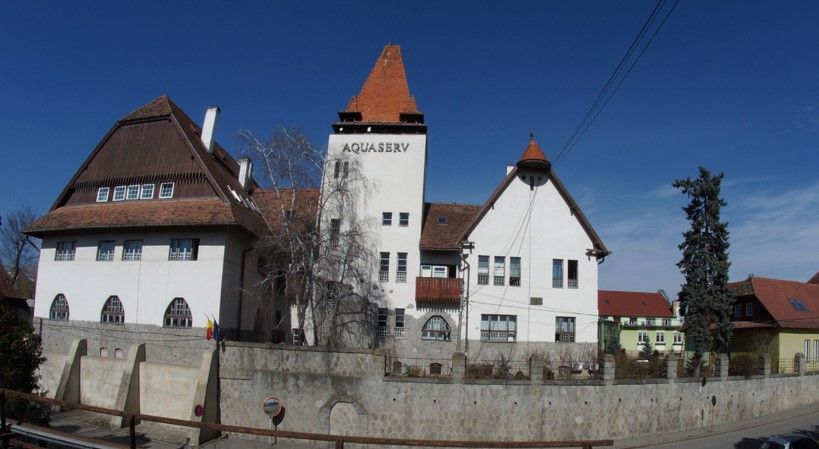 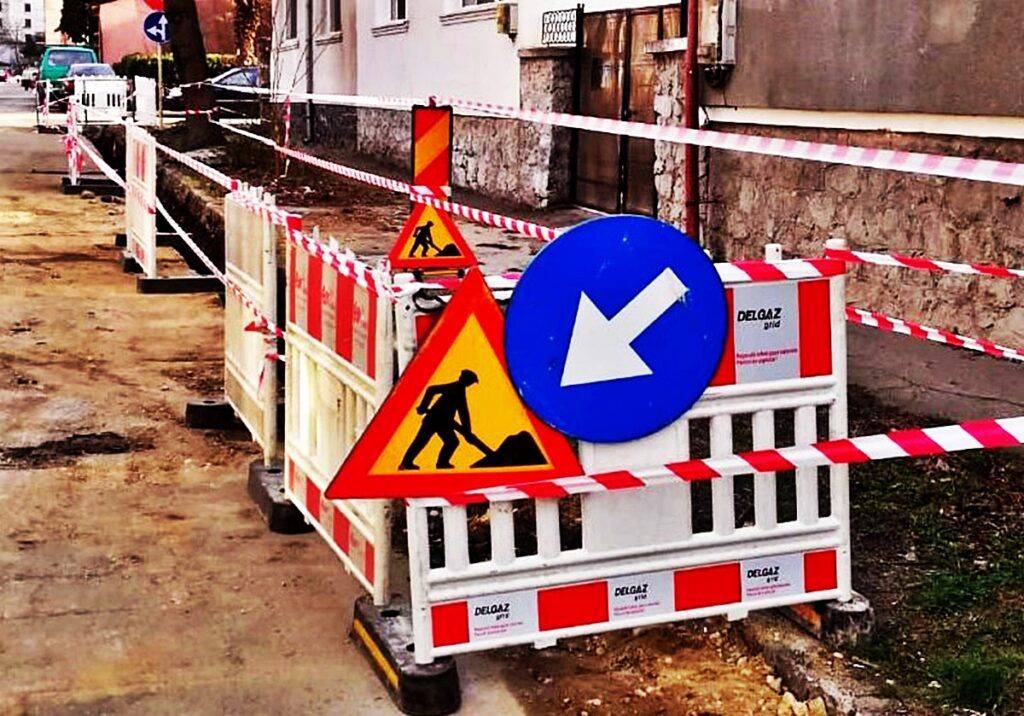 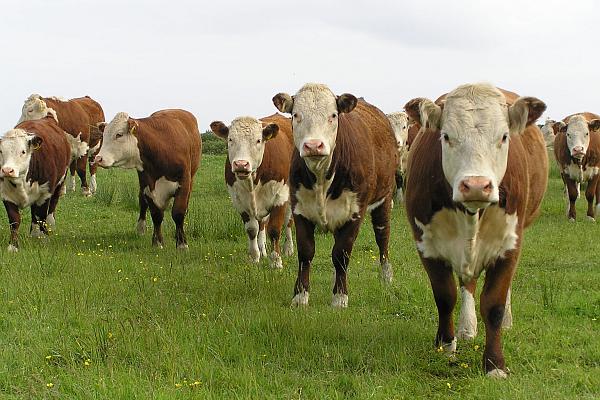 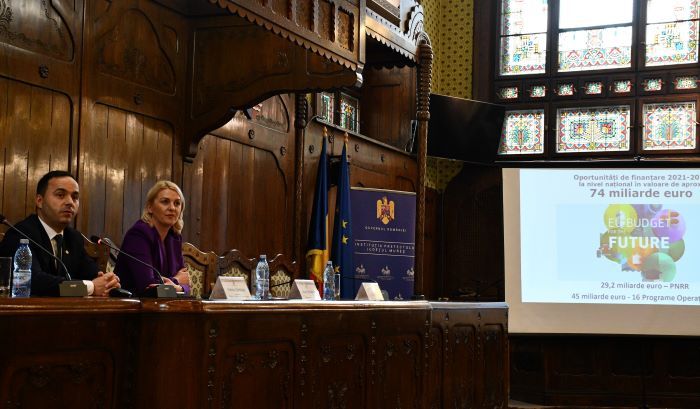 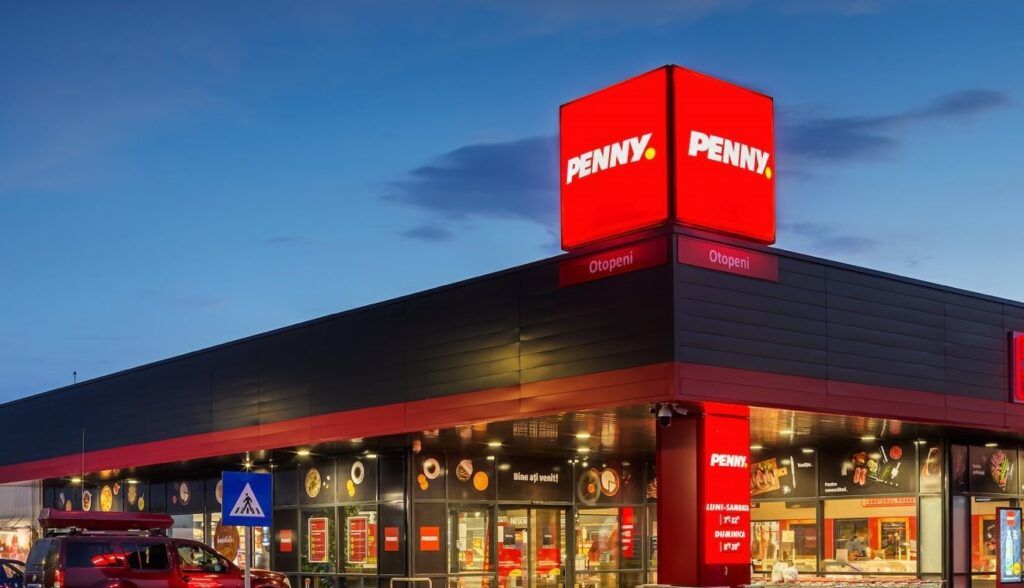