So, here we are, in the crisis that we all denied or were too busy to see, trying to assess and understand the next steps. Beside the temporary sanitary crisis, the background includes changes in the ranking of the world superpowers, sovereign debt crisis amplified by the current struggle, new duels in editing the trade agreements between major exporting nations, a war on tariffs applied, major shifts in top 10 largest cities by 2030, us relying on mainly fake news resulted from artificial manipulative algorithms – our addiction to social networks and apps which we feed with data, audience and our own money, towards the cherry on top: the war for the next technology and platforms that will redefine our economies and lives – 5G, 6G… and the data driven modified global supply chain. Oh, yes, and politicians who will transcript the details in laws, making things better or everything worse.

“Only about half the world is online and another 3.8 billion people need to be persuaded”, professor Vinton Cerf told Genevieve Bell, Director of the 3A Institute at Australian National University, during the 2018 J.G. Crawford Oration, also talking about standards that substitute for a bunch of bilateral negotiations to try to get pieces of technology to inner work in the current architecture of the internet.

Cerf co-pioneered the internet, created the first commercial email system, has been working on an interplanetary communications systems since 2002 and currently is trying to figure out how to send and receive data from Alpha Centauri, the closest stellar system to the sun. The key of the current historical change is mentioned by him even in a video, with epic small views compared to some music that we watch every day, but as a test of you reading this, drop an email or call, and we’ll go into more details.

Now, going backwards to my listed items, before you all turn LinkedIn into TikTok as one can notice recently, it is important that the real estate players and their suppliers, clients, partners, promoters make new strategies and communication according to international context.

Ok, we entered into this crisis with 96% GDP growth for Bucharest in the last 10 years, highest in the CEE region (according to “CEE Investment Report 2019”, published by Skanska, Dentons and Colliers), but also with the “2030 Agenda – Romania’s Sustainable Development Strategy”, which does not include in 112 pages the terms “artificial intelligence”.

With eight Amazon projects delivered by Panattoni in Poland, the announcement of Microsoft Corp. for a comprehensive $1 billion investment plan to accelerate innovation and digital transformation in the “Polish Digital Valley”, Google the busiest lobbyist in Brussels since 2014, or Mark Zuckerberg positioned as key stability factor with his Facebook effects at the Munich Security Conference earlier this year, they will have more to think about.

Of course, “details” like that the capital has the shortest “network” of bicycle paths compared to others in the region or a delayed train connection from the airport to the city and a lost in time metro extension for M6 from the city to the same airport, will matter.

If the current Governor of the New York State, Andrew M. Cuomo, stated that he will even change his name to Amazon Cuomo, just to get an investment for HQ2 of the tech giant, who will be targeted by the authorities in Romania and the business environment for the next recovery and growth market cycle, and with what arguments?

A recent concept, without all details clear, was announced for the area around Romexpo – events and exhibition center, but the market still needs a joined strong alliance between developers and investors, at least those in that area and a new extended airport – and major infrastructure upgrades from the public sector.

One colleague from the media wrote earlier this year that the capital should attract at least 1 million new residents in order to make the planned developments viable, but actually we would need another 4 or 7 million more in a metropolitan area, to actually matter, in the region, in Europe or on radars of the global interest. Let us go back to competitions around us.

In September 2017, Amazon announced a contest to find a location for a second headquarters called HQ2, promising 5 bn. in investments and 50,000 jobs – more than ever in a deal before. The company invited cities to pitch themselves. 238 took them op on it, tax breaks and huge infrastructure were promised, huge prime parcels of land, in videos or statements, as mentioned. In November 2018, Amazon announced two winners Arlington – Virginia and New York. Why the deal was not finalized in NY is a story for another time.

Relatively in the same time, in Europe – Amsterdam has won the competition to be the host city of the European Medicines Agency once it leaves London after Brexit. Amsterdam beat Milan in the final duel after Copenhagen was beaten in the penultimate round of voting – announced in November 2017. The European Medicines Agency (EMA) has assessed the bids of 19 cities that have applied to host its headquarters.

Bucharest was in the competition with a good project but not with an overall convincing application – Government decisions to expand Henri Coanda Airport since 1999, with a strategic plan updated from time to time, still with no major progress, most probably didn’t look to good compared with the 15 minutes connection of Amsterdam Airport Schiphol with the new HQ of EMA.

A challenge: for 2030 in the post crisis market cycle, will we still have an ugly ground parking in the heart of the Central Business District in Bucharest, or a theme park extension, a pedestrian zone, still a meeting place to protest or a giant space dock for drones and spacecrafts? Could private developers, investors, redefine Victory Square in CBD?

So, tough years ahead, but if in the past decade 12 Polish cities and none from Romania were exhibiting at MIPIM in Cannes, or just some shy municipalities and companies were present at Expo Real Munich with AHK Romania or Transylvania Evolution, just a handful of participants or speakers were active in conferences like CEE Property Forum Vienna, or others in Frankfurt, London, Warsaw, Prague, Budapest, New York or Shanghai, with no integrated campaigns with the Government or municipalities, will we do the same mistakes again?

If we didn’t have much advertising in international magazines or a video to complete the campaign of Erste Bank on CNN, which started with frames with Romania, who will brake the ice with promotion on dynamic digital out of home in major world cities, and with what iconic project for the next 10 years, innovative enough to get international recognition, beside symbolic awards in local gala dinners? If the Hungarian Investment Agency – HIPA is producing video news, see the last one about BMW at Debrecen – from May 2020, and Invest Romania produced one video in 2016, will this new crisis make us more creative?

We’ve seen pictures with the Prime Minister of Romania and some advisors with syndicates or business association or coalitions but not yet pictures with a meeting between de Government and owners and managers of Alinso, WDP, CTP, P3, Globalworth,  Immofinanz, Anchor, CA IMMO, Iulius, Speedwell, NEPI Rockastle, Dedeman, AFI, Genesis, Portland, to name in a random order just a few. Or a panel with them and all major mayors in an international event.

But what is still at stake? Everything, with the post pandemic measures and technology progress acting as catalysts. For example shared serviced centers have been opened in 138 European cities between January 2006 and December 2015 (ABSL report with Deloitte, Hays and GLL – 2016 edition), but the new edition – EMEA’S Business Services Landscape (a report by ABSL with Deloitte, JLL and Randstad), just launched, talks about the emerge of an ever – increasing number of destinations for business services, sought after a significant number of companies that are only beginning their transition to a business services model.

Established organizations are also seeking further consolidation of operations and the we know the increasing importance of information technology and insatiable appetite for technology skills, so here we are back in the fight for tech investors, key competitive advantages, city’s attractiveness, tapping into new talent pools or the sheer size of labor markets. The report includes data also about non- EU countries, including Egypt, and mentions the rapid evolution of the world of work and the problem for Europe – facing a growing crisis when it comes to accessing the talent needed. So, with money following tech, and tech following talent & data, Europe seems more in danger.

What else is trending? Resilience. After three editions of the Safe Cities Index report from The Economist (where Tokyo again comes first overall, and Asia-Pacific cities make up six of the top ten, but you can study top five cities in each pillar—digital, health, infrastructure and personal security), a report from 100 Resilient Cities – available since 2019, a current global pandemic crisis, it is more clear now that safe & security will be a major thought for us in the coming years. 17 European cities have now chief resilience officers, the closest to our region – Belgrade, but I am  not sure now that our city managers in Romania are aware, they need to know more than ever.

“This trend across Europe and the Middle East signals the growing prominence of the urban resilience practice in the EU and among its neighbors. And the trend is expected to continue, with enhanced funding and financing becoming available, given that urban resilience has been deemed a key planning priority for the EU going forward” (Learning from the 100RC Network – July 2019).

About resilience is also this special market report, with details of the market pulse, measures and objectives, messages for clients and partners, directly from companies and managers, in the middle of an unprecedented pandemic situation, so I especially thank each of them for taking the time and the energy to respond also with optimism and clear plans for you to use in future business opportunities.

Since 2013, we strive to publish also an eloquent, unique, business investment guide for the real estate market, so I am confident that you will discover more projects and ideas, from all the players in the market, in “Romania’s Real Estate Yearbook 2021” to be published in November 2020 and promote the good news for a more positive next cycle.

Meanwhile, a new positive challenge – how will we allocate and invest efficient the EUR 33 billion from the EU Recovery plan for Romania?

Crosspoint: The first 15 years. Our lessons & expertise, dedicated to you.

CA IMMO Romania: Together we can be stronger 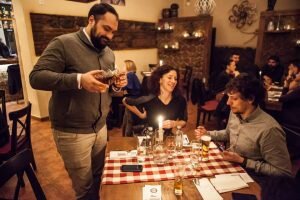 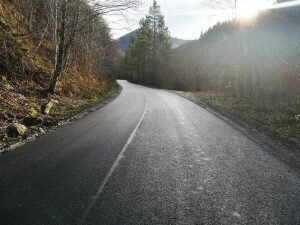 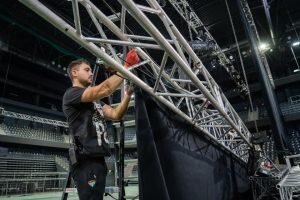 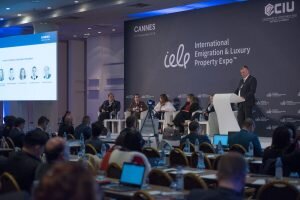 ILP Group is delighted to invite you to the Cannes International Luxury Property and Residency Conference 2021, which… 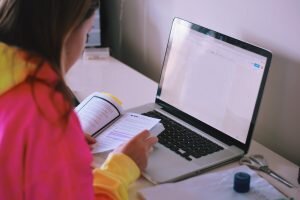 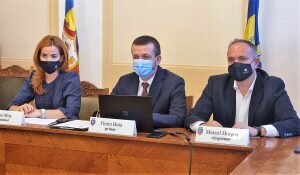 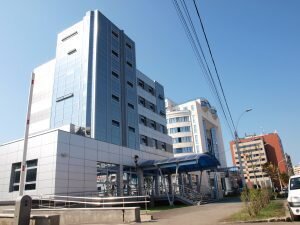 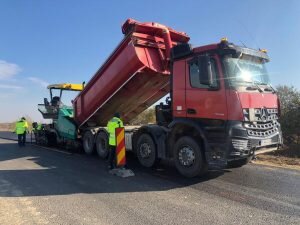