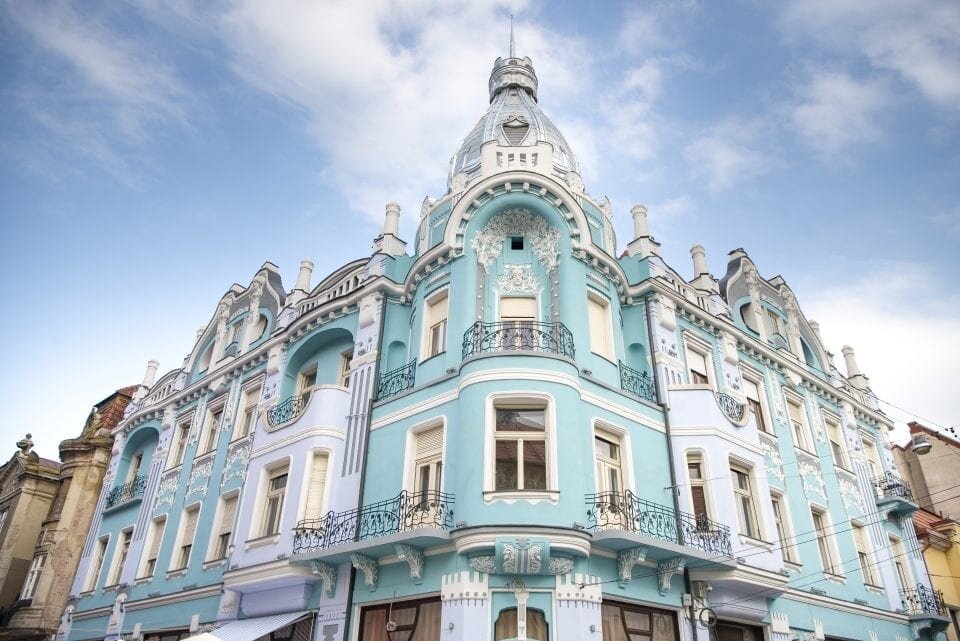 The Municipality of Oradea has undergone an amazing transformation in a period of 10 years. There is no wonder recipe, but it did matter. You must have a leader – Mayor Ilie Bolojan – mindful of what is needed in the city and ready to take responsibility of the decisions he has taken.

You discover smartly administered money in every corner of the city. The merit of attracting European funds belongs to the Directorate for Management of International Financial Projects (DMPFI), established ten years ago, through which Oradea City Hall managed to win several projects with non-reimbursable financing, meant to rehabilitate a series of tourist and architectural objectives, but also projects leading to the development of the city’s infrastructure – road, business, transport, medical or educational. Several projects have been finalized, others are in progress and others are in the pre-financing phase.

If we were to mention the finalized projects that were aimed at the tourist capitalization of the city, they would be: Rehabilitation, refurbishment and inclusion into the tourist circuit of the Oradea Fortress – “Oradea Fortress, European multicultural and multi-denominational center”, Rehabilitation and modernization of the Temporary Accommodation Centers in Oradea, Promotion of religious tourism by valorizing the Jewish community heritage in Oradea-Debrecen (ZION Synagogue), Bicycle trail between Oradea and Berettyoujfalu (Hungary) and Development of natural habitats of protected tree species and spontaneous flora on the hill of Ciuperca (Mushroom) in Oradea and in the Korosszegapati area of Hajdu Bihar County.

In what the development of the business environment concerns, the Oradea City Hall has finalized the project “Creating a business infrastructure in Oradea and providing public utilities to the Eurobusiness I Oradea Industrial Park”.

Tourism and business cannot be developed if there is no friendly road infrastructure for the tourists, business people and residents.

Two other projects carried out by the City Hall aimed at the diversification of the thermal energy sources, respectively the energy efficiency of the district heating system. In this respect, two projects were implemented: “Use of geothermal energy for the production of thermal agent for the thermal point PT 902 heat consumers with used geothermal water reinjection in the deposit”, respectively “Rehabilitation of the urban heating system in the Municipality of Oradea for the period 2009 – 2028 in order to comply with the environmental legislation and increasing energy efficiency”.

Additionally, the City Hall of the Municipality of Oradea carries on the ambitious projects aiming at the capitalization of the local architectural heritage. In order to reach this objective, the following projects are being implemented: “Restoration of Darvas House – La Roche in order to capitalize on Secession cultural heritage”, “Restoration, preservation and integration in the cultural circuit of the Objective: Museum of Freemasonry in Oradea”, “Rehabilitation, restoration and refunction of the Oradea Fortress’ walls for its inclusion into the tourist circuit Oradea Fortress – European Multicultural and Multi-denominational Center – Stage III. Consolidation and restoration of the walls of the of Ciunt and Bethlen Bastions, respectively of the north and west walls”.

In 2018 – other 14 elaborated and submitted projects

Last year, the City Hall of the Municipality of Oradea, through the Directorate for Management of International Financial Projects (DMPFI), elaborated and submitted 14 projects with European financing, in order to carry on the strategic development of the city from the economic, medical, social, cultural, etc. points of view.Taking them separately, for the economic development, the City Hall of the Municipality of Oradea also counts on the project “Promoting Creative Entrepreneurship by Developing Business Incubator: Cresc Oradea Mare/Growing Great Oradea”, elaborated and submitted for financing last year.

Then, the Municipality of Oradea continues to focus on increasing the quality of medical services for inhabitants and tourists on holiday in the city, and three European-funded projects have been submitted: “Improvement of cross-border medical services by upgrading medical equipment at Dr. Dr. Gavril Curteanu Hospital in Oradea and the Békés County Central Hospital”, “Extending Outpatient body B Emergency Clinical County Hospital Oradea – Stage I and Stage II”, and “Integrated project for sustainable development in the mountainous area of Bihor County, improvement of the access and development of health services in case of medical interventions in emergency situations”.

In the field of energy and in order to increase the energy efficiency, Oradea City Hall has drafted and submitted two projects, namely: “Thermal rehabilitation of apartment blocks in order to increase energy efficiency in the Municipality of Oradea” and “Capitalization of geothermal energy in association with heat pumps, for the production of thermal agent for heating and hot water in certain neighborhoods in Oradea”.